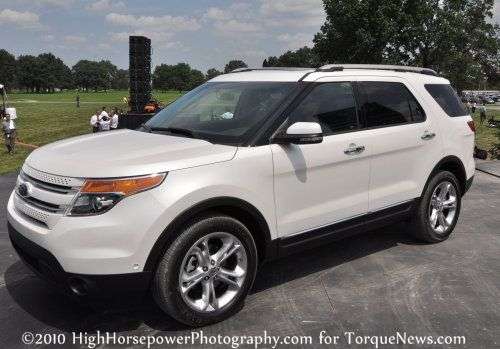 Ford expected big things from the 2011 Explorer but the totally redesigned SUV has received over 15,000 pre-orders – more than doubling the predictions of Ford Motor Company.
Advertisement

Since being introduced, there has been some skepticism over the fact that the 2011 Ford Explorer has gone from the traditional body-on-frame construction found on all of the early Explorers to a more modern, unibody layout. However, based on the number of pre-orders – the industry is looking past that minor detail. While some buyers may want the functionality of a truck (using body-on-frame construction), the use of unibody allows engineers to make the 2011 Explorer lighter; improving fuel economy and driving dynamics without doing away with the ability of the SUV to tow, haul, and head offroad.

Of the 15,000 pre-ordered 2011 Ford Explorers, roughly 3,000 come from retail orders (individual consumers), 4,500 come from corporate orders (companies ordering Explorers for company vehicles), and the other 7,500 are orders submitted by dealerships to fill their lots and showrooms. It is good news that around half of the 15,000 pre-orders are from actual consumers, as that is money in the bank for Ford Motor Company, but the fact that more than 7,500 2011 Explorers are ordered by dealerships shows a strong support by the dealer network for this sleek new SUV.

Not only are individuals, companies and dealers lining up to get their hands on the 2011 Explorer, but they are all looking to spend significant money on this new SUV. According to the Detroit News, almost half of the pre-ordered Explorers are coming in the Limited trimline – a package that costs over $40,000. In addition to the popularity of the high end 2011 Explorer, 64% of buyers have selected four wheel drive, 55% have selected the optional towing package and a whopping 87% of new Explorers will come fitted with the state-of-the-art MyFord Touch infotainment and navigation system.

Click here for a look at the 2011 Explorer from the 2010 LA Auto Show and for more information on the 2011 Ford Explorer, click here for the Ford website!