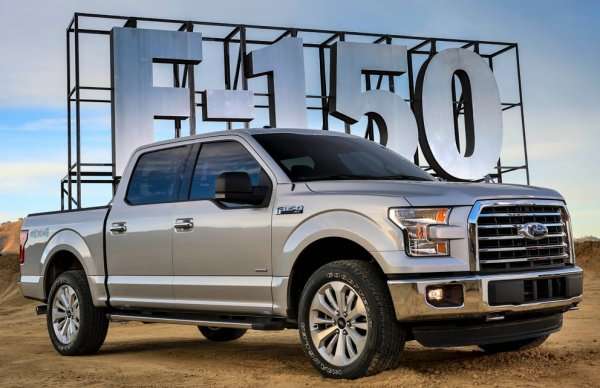 Ford Motor Company is expecting the 2017 F150 Raptor to be very popular when it arrives later this year so to build the new high performance EcoBoost V6, the automaker is investing $145 million in the Cleveland Engine Plant that builds many of the current EcoBoost engines in the company portfolio.
Advertisement

Since being introduced in the 2011 Ford F150, the 3.5L EcoBoost V6 has proven to be very popular. After some critics insisted that the American truck segment wouldn’t embrace a premium twin turbo V6 over a big V8, the 3.5L EcoBoost mill has just gotten more and more popular over the past few years. That same engine is used in a variety of company vehicles including the Ford Transit, the Ford Flex, the Ford Taurus, the Ford Explorer, the Ford Expedition, the Lincoln MKS, the Lincoln MKT and the Lincoln Navigator, making this one of the Motor Company’s most popular engines.

“Ford customers have embraced EcoBoost’s unbeatable combination of power and efficiency, with more than 60 percent of F-150 customers choosing trucks powered by EcoBoost,” said Joe Hinrichs, Ford president, The Americas. “This second-generation 3.5-liter EcoBoost engine is another great example of Ford continuously improving and innovating to give these hardworking customers the best engines and trucks we can.”

Cleveland is EcoBoost Central
The Cleveland Engine Plant has built 3.5L EcoBoost V6 since production started in May of 2009 – more than a million of them in total. When the 2017 Raptor goes on sale later this year, it will have a new version of the 3.5L EcoBoost engine that will be built in Cleveland. This facility also produces the 2.0L and 2.3L 4-cylinder EcoBoost engines for the Edge, the Explorer, the Mustang and the Lincoln MKC along with the 3.7L V6 from the Mustang. In short, the production team of 1,500 strong in Cleveland is very busy, and with continued growth in the demand for all of those engines, they are only going to get busier.

There are no official power figures for the Raptor F150, but we know that this will be the most powerful iteration of the 3.5L EcoBoost engine thus far. When combined with the new 10-speed automatic transmission, the new advanced four wheel drive system, the exterior upgrades and the basic allure of the Raptor, we can expect that this new EcoBoost engine will add even more stress to the Cleveland Engine crew, so Ford is investing $145 million for production of all 2017 F150 3.5L EcoBoost V6 engines.

For those wondering, the Cleveland plant does not build the popular new 2.7L EcoBoost engine. That mill is built in Limo, Ohio with Ford’s other naturally aspirated V6s. As Ford shifts towards new EcoBoost engines and away from the older naturally aspirated engines, we could see more EcoBoost production in Lima, but it looks like the Cleveland plant will continue to build all of the 3.5L EcoBoost V6 engines well into the foreseeable future.