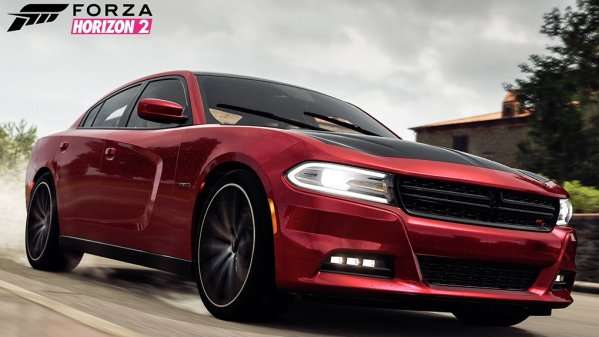 This past weekend, the action packed car flock Furious 7 opened around the country with incredible success and in addition to the familiar actors of the Fast and Furious series, the cars were a key part of the movie. The 2015 Dodge Charger, 2015 Dodge Challenger, a 1970 Dodge Charger, a handful of other Chrysler Group vehicles and a few high performance Japanese models are featured in Furious 7, but they were also the stars of the show in the new Fast and the Furious game that is built on the Forza Horizon 2 platform.

Forza Horizon 2 Presents Fast and the Furious gave Xbox gamers their first chance to drive the 2015 Dodge Challenger, the 2015 Dodge Charger and a handful of other movie cars, and the standalone game was a great free piece based on the open world racing game. However, I was disappointed to see that I wasn’t able to use the Fast and Furious cars in the full version of Forza Horizon 2 – and I know that I wasn’t the only person who felt that way. Fortunately, that isn’t a problem any longer, as the April downloadable content car pack for Forza Horizon 2 features the cars of the Fast and the Furious standalone game, allowing gamers to drive the 2015 Charger, the 2015 Challenger, Dom’s classic Charger, Brian’s white Supra, Ludacris’ Jeep and several other movie cars in the full Forza Horizon 2 world.

Furious 7 Car Pack
Not all of the drivable cars from the Fast and the Furious standalone game are all included in the April Furious 7 car pack, but the key movie cars are all part of the new DLC package. Most importantly, the 2015 Dodge Charger and 2015 Dodge Challenger make this Forza Horizon 2 debut, each with unique Fast and Furious styling. Joining those two new Mopar muscle cars are some other Chrysler vehicles, including Dom’s 1970 Dodge Charger R/T, the 1970 Plymouth Road Runner, the 1970 Plymouth Cuda and the 2013 Jeep Wrangler Unlimited, along with the 2014 Maserati Ghibli S that is sort of a Chrysler Group vehicle through the marriage of Fiat and Chrysler.

Joining this list of Chrysler Group vehicles are Brian O’Connor’s 1998 Toyota Supra – making for a total of 8 cars in April’s downloadable content package. This is a bigger car pack than usual, but the price remains the same as the smaller packages, costing Xbox Live users just $5 to add these new cars.

So, if you want to dominate the virtual streets of the Forza Horizon 2 Festival in the cars of Furious 7,log in to the Microsoft store on your Xbox 360 or Xbox One today to make your purchase. If you are stuck at work and you want to kill some time, check out the video below showing the Furious 7 cars in action via Forza Horizon 2.