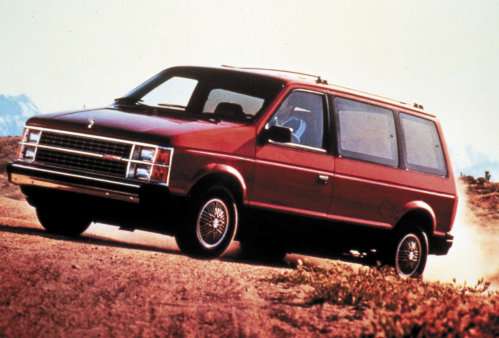 Dodge Grand Caravan leads minivan sales through first half of 2012

Even though Ford and GM have essentially pulled out of the minivan segment, it remains a hotly contested portion of the American auto industry and through the first half of 2012, the Dodge Grand Caravan holds a fairly substantial lead over the Honda Odyssey and the Toyota Sienna.
Advertisement

The Dodge Caravan essentially introduced America to the minivan in the early 1980s and while the “soccer mom stigma” has lead some automakers to stop offering a true minivan, the Grand Caravan as it is known today continues to carry the torch for the American minivan. Through the first half of 2012, Dodge has sold 68,964 examples of the Grand Caravan – making it the bestselling minivan in the US auto industry. The Honda Odyssey is second with 61,756 units sold while the Toyota Sienna is sitting in third with 58,985 minivans sold this year. The Chrysler Town & Country sits in the fourth spot with another 57,851 units sold this year contributing to the Chrysler Group’s claim of being the top dog in minivan sales.

The fact that the Chrysler Group has two vehicles in the top four in minivan sales is impressive but this cross-company competition is something that Chrysler plans to do away with in the very near future. Right now, when a prospective minivan buyer comes into a Chrysler Group dealership, they have to pick between the Dodge Grand Caravan and the Chrysler Town & Country. Many consumers who intended to buy a minivan pick one of the other (which essentially hurts Grand Caravan sales when they pick the Chrysler) but in other cases – consumers are sent away unsure of which to buy. In some cases, these consumers who cannot pick between the Grand Caravan and the Town & Country end up buying a different brand minivan.

However, the Chrysler Town & Country will soon be discontinued and in its place will be a new luxury crossover. This means that when prospective minivan buyers come into a Chrysler Group dealership in the near future, the Dodge Grand Caravan will be the only choice so it makes sense to expect that a fair portion of those who would have purchased a Chrysler Town & Country will instead purchase a Dodge Grand Caravan. When that time comes, we can expect that the Caravan name will once again dominate the minivan segment.