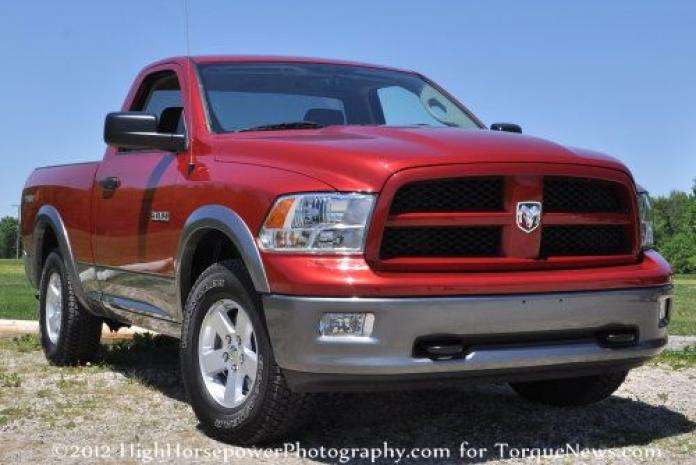 This new Chrysler Group recall pertains to the 2009 and 2010 Dodge Ram 1500 full sized pickups and the smaller Dodge Dakota pickups built between July 1st 2009 and November 30th 2009. In these trucks, there is an internal axle nut that may not have enough adhesive so over time, the nut could work itself loose. When the nut in the rear end of the Ram 1500 and Dakota gets loose enough, there can be interference among rear differential components that could lead to the rear axles locking up. Having your rear wheels suddenly lock up poses a very significant safety issue so the American automaker is acting quickly to get these trucks back to dealerships for repairs. There was also one incident where the rear end locking up was so violent that it broke the driveshaft which in turn punctured the fuel tank. In short, having your rear diff lock up is all bad so Chrysler is making the good choice to get these trucks back.

The National Highway Traffic Safety Administration launched a preliminary investigation into the 2009 and 2010 Dodge Ram 1500 back in July after receiving a dozen complaints stating that the rear differential failed and locked up (click here for a look at the original investigation). The Chrysler Group opted not to wait for the results of the often lengthy investigation and engineering analysis process, issuing a recall for the 2009-2010 Dodge Ram 1500 and Dodge Dakota to service the rear differential. The automaker told the NHTSA that when reviewing the complaints filed with both the federal safety agency and the company itself, there were a high number of rear axle failures pertaining to vehicles built from July 1st 2009 through November 30th 2009.

In total, 44,300 examples of the Ram 1500 and Dodge Dakota from the 2009-2010 model years are included in this new recall. When the investigation was launched back in July, it was speculated that as many as 230,000 trucks could be included if all of the Ram 1500 trucks sold from those two models years were affected but the automaker has narrowed the problematic trucks to being built during the production dates mentioned above.

The 12 complaints issued with the NHTSA stating that their 2009/2010 Dodge Ram 1500 rear differential failed had varying conditions and results but in every case – the failing differential caused the rear wheels to lock up. In 8 of the cases, the truck in question was going faster than 35 miles per hour when the rear diff locked up and 4 of those cases resulted in a loss of control including spinning and skidding out of control to a stop. In one case, there was an accident caused as the Ram 1500 collided with a concrete barrier while skidding uncontrollably but no injuries were reported as a result. There was also the report mentioned above where the drive shaft broke and punctured the gas tank but there was no fire or more serious problems in that report.

This Ram 1500 and Dodge Dakota rear differential recall is expected to formally begin sometime in November 2012, at which point the automaker will ask owners to bring their truck by the local dealership service department where a pinion nut retainer will be installed to prevent this nut from working itself loose. This work will be performed free of charge and the good news for these truck owners is that they are getting a free rear differential servicing for free as a necessary part of the recall. The downside is that reports indicate that these pinion nut retainers are not fully available yet – which accounts for the expected recall notification date of November.