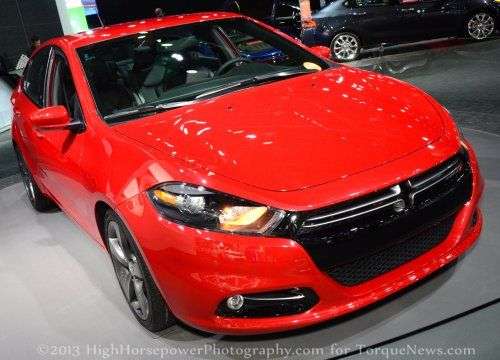 The Chrysler Group has long been lead in monthly and annual sales by models like the Ram Trucks, the minivan lineup and the large sedans including the Dodge Charger and the Chrysler 300 but in January 2013, some surprising models found themselves atop the list of the company’s bestselling vehicles.
Advertisement

The bestselling Chrysler Group vehicles year in and year out include names like the Jeep Grand Cherokee, the Chrysler Town & Country, the Dodge Grand Caravan and the Ram pickup and while the Ram is (as always) the top model in terms of sales, the next five vehicles include some real surprises. You will not find the Grand Cherokee or either of the minivans but you will find the Dodge Avenger – a vehicle that many expected would die off quickly once the new Dodge Dart was introduced. Interestingly, the Dart and the 2013 Ram 1500 are the only “new” models on this list while the rest are at least a couple years old but still selling well.

First and foremost, the Ram Truck lineup is the Chrysler Group’s bestselling vehicle with 20,474 vehicles sold. The Ram is always the company’s top selling model – which helped it rank 7th overall in 2012 US sales. Thanks to the fact that the 2013 Ram 1500 is one of the highest tech trucks on the market and the fact that the new Ram Heavy Duty lineup has the strongest trucks available in the US, we can expect the Ram to remain at the top of Chrysler’s list.

Next up with 9,628 units sold was the midsized Dodge Avenger – which comes as a real surprise. Many people, including myself, expected that when the Dodge Dart reached showrooms, sales of the Avenger would drop from their already low numbers. Instead, the Avenger has flourished since the Dart was introduced even as the Dart itself continues to grow in sales. It has been speculated that dealerships are deeply discounting the Avenger to move them off of the lots so some prospective Dart buyers coming in go with the slightly larger Avenger instead. In reaching almost 10,000 units last month, the Dodge Avenger posted an impressive 69% increase over last year even though there have been no significant changes to the midsized Dodge.

In third place was the tried and true Jeep Wrangler, with 8,854 units sold accounting for an increase of 12% over the same month in 2012. The Wrangler’s high rank among the brands doesn’t come as a big surprise as the Wrangler is traditionally one of the company’s bestselling models. However, the fact that it comfortably outsold the Grand Cherokee does come as a surprise although this is likely due to those buyers who are waiting for the 2014 models to arrive.

Analysts around the industry might insist that larger SUVs and crossovers are fading away but no one told the Dodge Journey – which moved 8,179 units last month to rank as the fifth bestselling Chrysler Group vehicle. The Journey really hasn’t changed much since being introduced in 2008 but that doesn’t seem to be hurting sales as the Journey grew by an incredible 94% compared to January 2012. That is an incredible growth for a vehicle that hasn’t been refreshed.

In the sixth spot is the Dodge Dart, which saw its best month sine being introduced just 8 months ago in moving 7,154 sporty compact sedans. The Dart still has a long way to go before it catches popular C segment sedans like the Chevy Cruze (which sold about twice as many units last month) but the Dart is growing and that is the most important fact to Chrysler right now. Even with “only” 7,154 Darts sold, the new compact sport sedan is already outperforming the Dodge Caliber that never really competed in the segment.

As the year goes on, it will be interesting to see if models like the Dodge Avenger and the Dodge Journey can continue to produce chart topping numbers. Once the 2014 Grand Cherokee reaches dealers around the country, we can expect to see that model quickly climb the sales charts along with the new Dodge Dart.