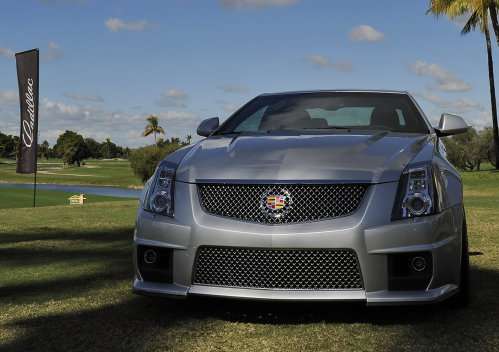 Cadillac announces partnership with the PGA

Cadillac has adopted the slogan “the New Standard of the World” and to help feature the brand on a grand sporting stage, GM’s luxury brand has become a sponsor of the World Golf Championship.
Advertisement

The World Golf Championship makes four stops in 2011, with the first coming in February 2011 in Marana, Arizona, followed by the Cadillac Championship in March 2011 in Doral, Florida. The American end of the 2011 World Golf Championships then head to Akron, Ohio for the 3rd leg of the special tour in August 2011 and the Championship finishes up in Shanghai, China next November. Cadillac will have an advertising presence at all four of those massive events, along with a vehicles present throughout at the year at TPC Blue Monster at Doral.

The field for the World Golf Championship is comprised of the top golfers from the sport in every major sanctioning body in the world, ranging from the FedExCup to the Japan Golf Tour – recognizing top competitors from the current and past seasons.

This marks General Motors’ re-entry into the golf community after ending former advertising campaign with golf superstar Tiger Woods before ending that program when the automaker began bankruptcy proceedings in 2008. As the recent GM Initial Public Offering has reduced the US government’s ownership of GM, along with improving the automakers financial position, we are likely to see GM make more marketing and advertising moves to help promote their popular new models. When you consider the type of consumer General Motors hopes to target for Cadillac advertising, there are few sports in the world more fitting of the Cadillac name than golfing so this partnership makes great sense for the automaker and for the World Golf Championship.

Don Butler, VP of Cadillac marketing, had this to say about the new sponsorship program:
“The World Golf Championships are all about the highest level of performance on a global stage and fit well with Cadillac's theme as the New Standard of the World. As a global series, it provides us with an ideal marketing partnership for Cadillac to efficiently and effectively reach our target audience. We could not think of a more fitting way to bring golf back to Cadillac."

Click here for more information on the World Golf Championships.