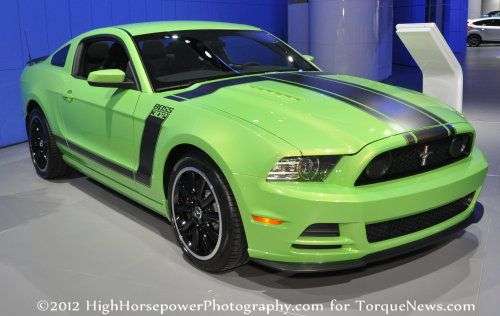 March 2012 wasn’t a great month for the Ford Motor Company but with positive – albeit small – sales growths by both the Ford and Lincoln brands when compared to March 2011, Ford was able to pull within roughly 7,600 units of becoming the top selling automaker in the US market.
Advertisement

Ford was the top brand in terms of both sales growth and sales volume, with 214,615 vehicles sold accounting for an increase of 5.1% in March 2012. This figure allowed Ford to remain the top selling single brand in the US, leading Toyota by almost 30,000 vehicles. The new Ford Focus was the top model from Ford in terms of growth with a jump of 64.7% in March 2012 compared to March 2011. The roomy Ford Flex was second in growth with a 34.9% increase over the same month last year and the full sized Taurus was third with a gain of 19.2% compared to the number of these sedans sold last March. When it comes to sales volume, the Ford F Series pickup ranks first among Ford Motor Company (and among the industry as a whole) with 58,061 trucks sold last month. This figure means that the Ford F Series sent out more new models than almost every brand doing business in the US with the exception of Toyota, Chevrolet, Nissan, Hyundai, and Honda…every other brand sold less total vehicles than Ford sold trucks in March 2012. The Ford Focus and Fusion went head to head for the title of being the second bestselling vehicle for Ford in March 2012 with the Fusion winning by a margin of just 28,562 to 28,293 units. The Ford Escape compact SUV was third with 22,679 units sold last month.

As an interesting note, the new Ford Police Interceptor Sedan and Police Interceptor Utility show up on the monthly sales sheet this month – with 28 examples of the new cop car and 27 new cop SUVs reaching the hands at the end of the long arm of the law.

The Lincoln brand also showed positive growth in March 2012 with a small jump of 3.6% last month. The Lincoln MKT led the way in growth with an increase of 72.5%, followed by the flagship MKS with a 59.3% improvement while the MKX was third with an increase of 15.1%. In terms of sales volume the cousin to the Ford Fusion, the Lincoln MKZ, was the top luxury model from FoMoCo with 2,932 midsized sedans sold last month. The MKX was second in sales with 2,609 SUVs sold and the MKS was third with 1,689 sedans sold in March 2012.

Toyota vs Tesla: Which Stock To Buy These Days
For Some Former Daimler Managers Daimler Is Authority, While Tesla Is Like a Startup
END_OF_DOCUMENT_TOKEN_TO_BE_REPLACED