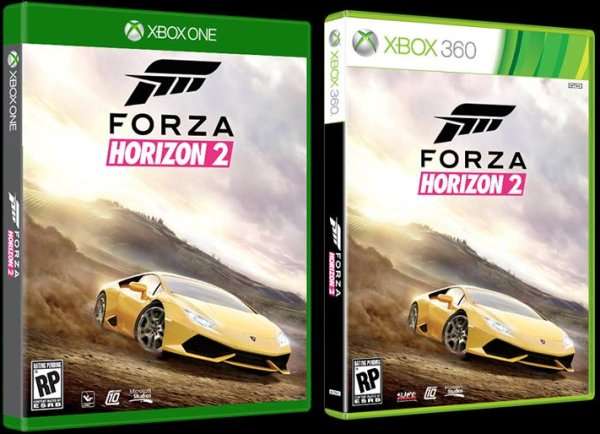 Awesome News: Forza Horizon 2 Coming to Your Xbox One and 360 This Fall

Lovers of the Forza racing series rejoice – Forza Horizon 2 is in production and we can expect this latest open world racer to hit stores sometime this fall for both the Xbox One and the Xbox 360.
Advertisement

While the details are limited, the ForzaMotorsport website has officially announced that Forza Horizon 2 is on its way and it will hit stores sometime this fall. Most shockingly, Horizon 2 will be available for both Xbox One and Xbox 360, with two different developers working on the project with Turn 10. Development for Forza Horizon 2 for Xbox One will be handled by Turn 10 and Playground Games and the game will be built around the same graphics engine as Forza 5. On the other hand, the Xbox 360 version will be handled by Turn 10 and Sumo Digital and that version will be based on the original Forza Horizon engine. As you can see in the image above, the Lamborghini Huracán will serve as the cover car and this cover will be the same for both versions.

There is a good chance that if you are reading this, you are at least familiar with the open world racing game Forza Horizon. It came out a couple years ago for Xbox 360 and unlike the previous Forza Motorsport titles; it took place in a fictional open world setting as opposed to a well known race track. It was unlike any Forza title beforehand and while the Forza Motorsports loyalists didn’t appreciate the lack of realism as you blasted along imaginary public roads at 200 miles per hour, a great many people (like myself) loved Turn 10’s first effort at an open world game. Before Horizon hit, the open world racing game had long been dominated by the Need for Speed series – but Forza Horizon changed all of that.

Forza Horizon 2 will once against be set in the Horizon Festival, but this time around the massive music and automotive tuning show will be held in Europe rather than in Denver Colorado. People involved with the game state that the European location of Horizon 2 will offer more diversity in the locations in which gamers will be racing.

Turn 10 has promised “hundreds of cars” including the new Lamborghini Huracán along with the introduction of weather system technology that will most certainly add a new twist to the Forza world. Finally, Turn 10 will roll out a retuned version of the Drivatar system that pits you against your online friends…even when they aren’t online. Of course, we can also expect an incredible online gameplay experience that, in my opinion, is the best reason to buy the first Forza Horizon if you don’t have it already. Those gamers who loved Forza Horizon as much as I did should make sure to have an Xbox One (if you don’t already) before Horizon 2 arrives, as I would expect that a new Horizon based on the graphics of the gorgeous Forza Motorsport 5 will be worth the cost of the Xbox One. Plus, if you have Xbox One, you can play Forza Horizon 2 (and Forza Motorsport 5) with yours truly - gamertag QuickMirada.

Leading up to the debut of Forza Horizon 2 later this year, we can expect a slow trickle of information and screen shots from gameplay to stay tuned to TorqueNews for every piece of information on the newest Forza title.