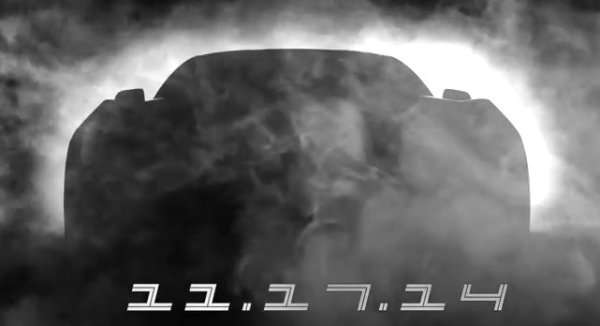 Ford has rolled out the 4th teaser video for the 2016 Ford Mustang Shelby GT350 and in addition to showing more tightly cropped images of the new high performance muscle car, this newest video gives us a look at the silhouette of the new Shelby Mustang – one that should really get your blood pumping.
Advertisement

Ford Motor Company has been teasing us over the past two weeks with the promise of a new performance car on November 17th – one which I still believe is the 2016 Ford Shelby GT350 Mustang. Ford has released the 4th in a series of 5 videos talking about the a new performance car while showing historic Ford performance vehicles and showing off tightly cropped images of this new mystery car.

GT350 Mustang Teaser Video #4
This newest 2016 Ford Mustang Shelby GT350 teaser video is very much like the first three, with Ford executives talking about how the company uses lessons learned in the racing world to improve their performance cars. We see a handful of video clips of the GT40 race cars while talking about the success of the LeMans race programs along with more brief glimpses of the new mystery car. As usual, some of these shots are unrecognizable, but starting about 35 seconds in, we see a collection of images showing an exhaust tip, the hood/fender area, the front fascia and the rear quarter panel – among other things that are harder to distinguish. The video also shows more shots of things like the tire tread, the brake caliper and the engine, but the most exciting part of this video – and perhaps the most exciting aspect of any of these 4 videos – is the final shot.

As this teaser video comes to an end, we see a shadowy silhouette shot of the car sitting in a smoke filled room with a bright light behind it. We cannot see any features of this vehicle, but it is a perfect outline of the new performance car. This is what I believe to be our first look at the 2016 Ford Mustang Shelby GT350 in its entirety – just not in a way that we can see very much. Still, that silhouette is remarkably enticing.

Why Isn’t the Silhouette Shaped Like a Mustang?
A few of our regular readers have commented that this new performance car being teased is a new supercar similar to the 2005 Ford GT and not the next generation Shelby Mustang. The view of the mystery car at the end of this newest teaser video doesn’t appear to be shaped like a Ford Mustang on first examination, and this Bugatti Veyron-shaped silhouette reinforced the views of those folks who believe that the new performance car is not a Mustang. However, I think that this can be explained. I believe that this view is a very low-angle shot, and that low angle creates the illusion of a car that has fenders that are much wider than the greenhouse.

I have a Dodge Charger matchbox car on my desk. If I look at it head on, it has a greenhouse that is basically the same width and shape as the front fenders. However, if I hold the car up in front of my monitor and rotate the nose up a bit, the look of a car with front fenders that are much wider than the greenhouse is created by the tapered lines – even with the 1969 Dodge Charger.

November 17th Debut
The mystery car shown above – whether or not it is indeed the 2016 Ford Mustang Shelby GT350 – will make its debut on November 17th 2014 on the eve of the LA Auto Show.