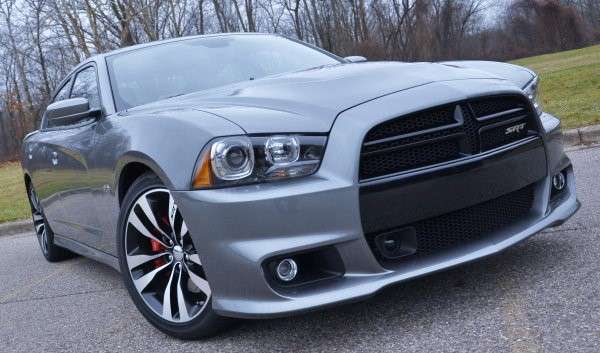 The Chrysler Group has announced another large recall, this time calling back 322,000 examples of the Dodge Charger due to side impact sensors that might be too sensitive – possibly leading to the airbags being triggered by something as simple as slamming a door or hitting a hard bump in the road.
Advertisement

With the US government handling out fines like candy when automakers aren’t lightning quick to recall vehicles, we are about to see even more seemingly pointless recalls issued in the coming months, but the newest Dodge Charger recall is a fairly sensible concern. The company has found that due to front airbag system sensors which might be too sensitive, the side impact airbags in the 2011-2014 Charger could open without an actual impact – clearly leading to a safety risk with the possibility of airbags opening when driving down the road or sitting in your garage.

The 2011-2014 Dodge Charger Airbag Recall
The Chrysler Group has received around 25 complaints that the side impact airbags in the 2011-2014 Dodge Charger have opened without an accident. The company hasn’t offered details about what caused each of those 25 complaints, but in each of those complaints, the airbag system has been triggered unnecessarily. Three minor injuries were reported as a result of this airbag problem.

The Chrysler Group has explained that in the 2011-2014 Dodge Charger, the door pressure sensors which operate the side impact airbags may be too sensitive. As a result, the airbags could open from slamming the door, kicking the door very hard or even hitting a hard bump on the road. I am sure that we can all imagine how unpleasant it would be to be sitting in your Charger when your kid closes the door a little too hard – only to have the side curtain airbags suddenly open. Even worse, having those side impact airbags open while driving when a bump is hit would definitely pose a huge risk by distracting the driver.

This recall affects 322,078 Dodge Charger sedans around the world, all of which were built between May 6, 2010 and June 5, 2014. 284,153 of those are in the United States, 13,169 are in Canada, 2,484 are in Mexico and the rest are outside of North America. Surprisingly, the Chrysler 300 – which is identical to the Dodge Charger in many ways – is not currently included in this side impact airbag recall.

The Fix
The fix for this recall is very simple, as the dealership will simply reprogram that portion of the Occupant Restraint Control Module via the OBDII port of the Dodge Charger, so it shouldn’t take long, since nothing actually has to be removed or changed. Also, if you own a 2011-2014 Charger and have had an issue with this problem in the past, you might want to speak with your dealership to see if the Chrysler Group might reimburse you for your costs of fixing the issue ahead of the recall. Best of all, since there are no parts needed, the recall notice won't tell you that no parts are available...like all of the airbag inflator recalls around the industry right now.

In the meantime, 2011-2014 Dodge Charger owners are urged to be careful about slamming the doors or hitting hard bumps in the car at speed. For more information, you can call Chrysler customer service at 800-853-1403 and ask about recall campaign #R35.