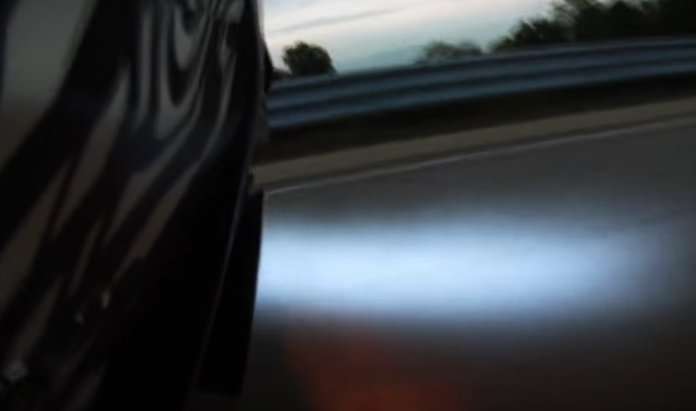 As expected, the 2019 Chevrolet Corvette Z06 will shoot flames out of the exhaust tips, but unlike most fire-breathing performance cars – the new LT5 blows fire out the tips under full throttle.
Advertisement

On the other hand, based on the video below, it appears as though the 2019 Corvette Z06 blows fire out the exhaust tips at wide open throttle.

The Fire-Breathing Corvette
In most cases, when a car blows fire out of the exhaust, it happens during deceleration or right when the driver lifts off of the throttle after a hard pull. Some of the extra fuel headed to the engine is essentially dumped into the exhaust as RPM drops and when that unburnt fuel ignites in the exhaust system – we have a car that shoots fire.

The 2019 Chevrolet Corvette ZR1’s LT5 engine also burns off the extra fuel on deceleration after a hard pull, but it also shoots fire during that hard pull.

This means that when the 2019 Corvette ZR1 races a slower car, the driver of the losing vehicle will get to stare at the white flames shooting from the central exhaust tips. When the flames go out, the driver of the trailing car will know that the race is far enough gone that the ZR1 owner has let off of the gas.

Check out the video below for a closer look at the C7 Corvette ZR1 while it is breathing fire and make sure to have your speakers cranked up, as this is a great chance to hear the LT5 roar.