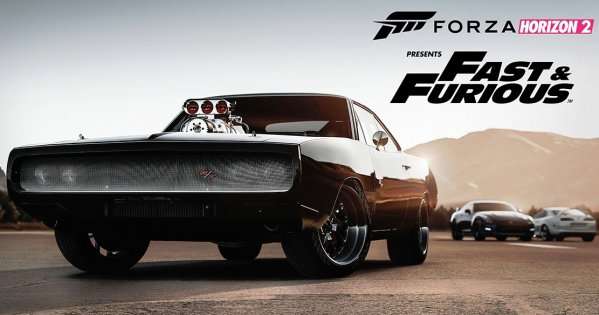 Those gamers who have been looking forward to driving the 2015 Dodge Charger in the virtual world only have to wait a few more weeks, as the redesigned Charger R/T will debut on Xbox One’s Forza Horizon 2 later this month as part of the new Fast & Furious expansion package – along with a handful of other cars ranging from the Jeep Wrangler to the Toyota Supra to the 1970 Dodge Charger R/T.
Advertisement

Throughout the lengthy history of the Fast and Furious movie series, there have been several Dodge Charger models past and present which have served key roles. The 7th installation of the series – titled Furious 7 - is due out later this year and once again, the makers of the movie have featured a collection of Dodge brand vehicles including (but not limited to) the 2015 Dodge Charger, the 2015 Dodge Challenger and the same 1970 Dodge Charger that appeared in the very first Fast and the Furious movie back in the day.

To celebrate this continued partnership with the Dodge brand and to help promote the movie with the younger audience, the makers of the Fast and Furious movie series have worked out a partnership with the makers of the open world racing game Forza Horizon 2 to create a standalone expansion pack featuring some of the most memorable vehicles from the fast paced action flicks. Best of all, those Xbox One gamers who act quickly can get the entire expansion pack free of charge. Oh, and for those still playing Xbox 360 – you can get it for free as well!

Forza Horizon 2 Presents Fast & Furious
The new expansion package is named Forza Horizon 2 Presents Fast & Furious and while the details are somewhat limited, we know that this package will include unique races and missions along with at least 8 unique Fast & Furious Edition vehicles. In addition to the 2015 Dodge Charger R/T, Mopar fans will be happy to see Dom’s 1970 Dodge Charger R/T, a 1970 Plymouth Road Runner, a 1970 Plymouth Barracuda and a 2013 Jeep Wrangler Unlimited. Joining these vehicles are the 2012 Nissan GTR, the 1998 Toyota Supra and the 2013 Maserati Ghibli S. We don’t have any images of the 2015 Charger in the game, but we do have the image above showing the 1970 Charger along with the GTR and the Supra, as well as the video at the end of this piece offering a quick glimpse at the Fast & Furious expansion package game play.

The Forza Horizon 2 Presents Fast & Furious expansion pack will hit the Xbox Live marketplace on March 27th and everyone who downloads the add-on before April 10th will get it for free. That’s right – a big expansion pack for free – so long as you get it by April 10th. However, even If you download the Fast & Furious pack after April 10th, it will only cost you $10.

“Forza is synonymous with racing and fun, so it’s only natural for us to work with one of the most celebrated automotive entertainment franchises in the world,” said Phil Spencer, head of Xbox. “This is a great way to bring Forza players into the world of Fast & Furious, and in Forza Horizon 2 Presents Fast & Furious, every fan will get a chance to go wheels-first into the exciting action of the Fast & Furious franchise.”

Unfortunately, there are no real details on what to expect from the Fast & Furious expansion pack aside from some unique game play and the 8 unique vehicles, but considering that it is free before April 10th and $10 afterwards – it sounds like a promising package for Forza Horizon 2 gamers. I am in that crowd, and I cannot wait to play the new expansion package or to drive the 2015 Charger R/T in the virtual world. I have driven the real thing, and I look forward to driving the sexy sport sedan in one of my favorite racing games.