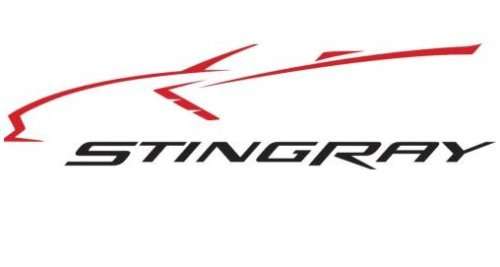 The 2014 Chevrolet Corvette Stingray Convertible will debut on March 5th, 1st unit to be auctioned for cancer charity

General Motors has confirmed that the 2014 Chevrolet Corvette Stingray Convertible will debut on March 5th at the 2013 Geneva Motor Show while also announcing that the very first C7 Corvette Convertible built will be auctioned off with the proceeds benefitting cancer research charities.
Advertisement

We learned early last week that the 2014 Chevrolet Corvette Stingray Convertible would most likely debut at the 2013 Geneva Motor Show but with today’s start of the Chicago Auto Show – GM has confirmed that the topless C7 Stingray will indeed debut in Switzerland next month.

"It's fitting to introduce the new Stingray convertible on the global stage at Geneva because Corvette is the face of Chevrolet the world over," said Susan Docherty, president and managing director of Chevrolet and Cadillac Europe. "It is an icon that has long been recognized and admired even in countries where it's never officially been offered."

No real information is offered on the 2014 Chevrolet Corvette Stingray Convertible but we can expect that the mechanical bits will be pretty much the same while the open air chassis will be tweaked to offer just as much safety as the C7 Stingray Coupe without compromising performance. We can expect that the C7 Convertible will be powered by the same 6.2L LT1 V8 with an estimated output of 450hp and 450lb-ft of torque with that new motor mated to the same 7-speed manual or 6-speed automatic transmission offered with the 2014 Coupe.

"Every Corvette is designed at the outset as an open car," said Tadge Juechter, Corvette chief engineer. "The new Stingray is no different, with the coupe and convertible designed to excel in any situation – be it your daily commute, a drive across the continent, or charging through twisting back roads."

Based on the artwork accompanying today’s announcement, it looks like the upcoming 2014 Corvette Stingray Convertible will sport the majority of the same lines as the coupe with the major exception being the removal of the roof – of course. Back in January, we got a look at what appeared to be leaked images of the C7 Convertible but GM stated that those images had not been issued by the company. The Geneva debut will confirm whether or not the images in question (click the thumbnail on the right for a closer look) are indeed the production version of the new Corvette Convertible.

General Motors hasn’t stated exactly when the 2014 Chevrolet Corvette Stingray Convertible will hit dealerships in US (or around the world) but very first production model of the new Corvette ragtop will likely be spoken for before it rolls off of the Bowling Green Kentucky assembly line. As was the case with the first 2014 Corvette Stingray Coupe, production unit #1 of the C7 Convertible will be sold to the highest bidder with the help of the folks from Barrett Jackson Auto Auctions. The first 2014 Corvette droptop will hit the auction block of the Barrett Jackson Palm Beach Collector Car Auction in Florida which runs from April 4th through the 6th. The proceeds of the auction will go to benefit the Barbara Ann Karmanos Cancer Institute – a group based on south east Michigan that is “a unique, urban-based integrated center of research, patient care and education, dedicated to the prevention, early detection, treatment and eventual eradication of cancer”.

The Barrett Jackson auction of the first 2014 Chevrolet Corvette Stingray Coupe raised an impressive $1.05 million for the Detroit College for Creative Studies…hopeful serving as an indication of the type of money that the first Corvette Convertible will raise for the Karmanos Cancer Institute.

Again, click the thumbnail of what appears to be the first image of the 2014 Corvette Convertible from the rear for a look at the back and the front of the new Stingray in ragtop form.

Tesla Contemplates A New Strategy for China Retail even As Sales Boom
Jay Leno on Elon Musk & EVs: “I Think He Should Get ... Credit"
END_OF_DOCUMENT_TOKEN_TO_BE_REPLACED