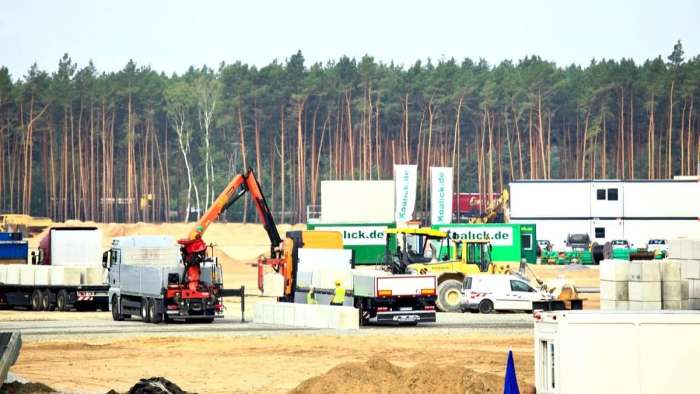 As widely reported in the press and summarized on Torque News, Tesla submitted a revised planning application for construction of the first phase of its Giga Berlin plant on 2nd July 2020.
Advertisement

This weighty German language document of 3292 pages contains very detailed data concerning manufacturing processes and architectural drawings, along with environmental and emissions details. I must admit to skimming through the document for a few hours, as there are hundreds of pages of tables identifying emissions sources, including air, water, noise and light.

Much of this has been already reported – in particular the first phase site layout, which for completeness I will also enclose here, but other details are hidden amongst the three thousand plus pages. 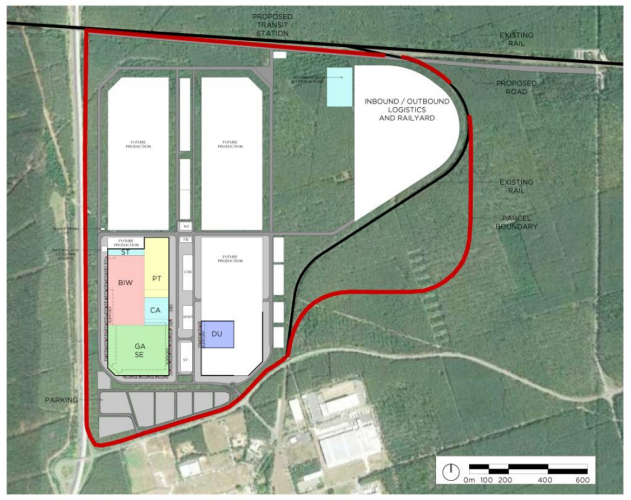 This clearly shows the proposed new road and transit station to the north.

As a matter of interest for our English speaking readers, the main production areas are shown below (with English table)

Currently, phase1a land clearance covers 92Ha. The application covers clearance of two further phases 1b and 1c as shown below. 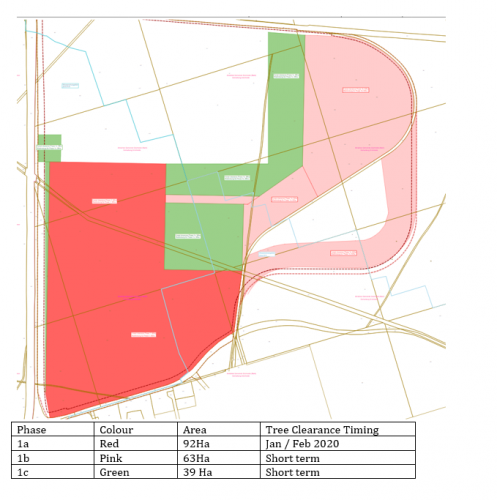 There has been some speculation that the clearance of phase 1b is connected with the eventual rerouting of the Frienbrink rail spur, with improved links to a Tesla rail yard, although there is nothing in this document to confirm this.

High voltage supply to the site will be 110kV – compared to 220kV in Shanghai.

Andy Granger has 44 years of experience in Automotive industry and spends his time between Perth in Australia and the Solomon Islands. Andy is a Tesla enthusiast and love electric cars. You can follow Andy on Facebook and send him news tips. Andy's writings mainly focus on Tesla news coverage and particularly the Giga Berlin factory.