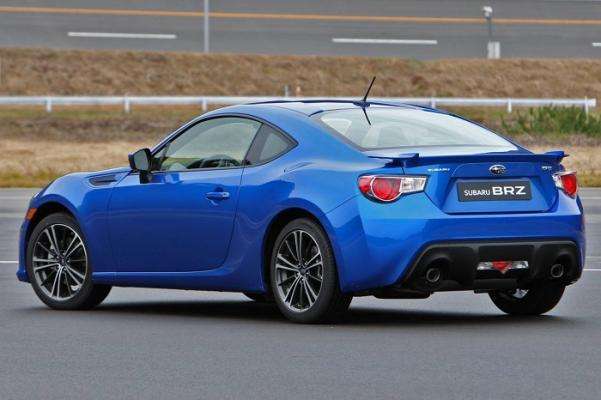 Subaru has released its anticipated “RA” limited edition WRX STi. The car, which makes use of Subaru’s “Record Attempt” moniker, previously reserved for cars sold in Japan, will be produced in limited numbers, with just 500 specimens making their way to US. The production car derives its name from Subaru’s WRX STI Type RA NBR Special, which will attempt to set a new record at the Nürburgring in Germany.
Advertisement

Although the car’s rarity has sparked excitement among the Subaru following, the car still utilizes Subaru’s EJ257 engine, the 2.5-liter turbocharged engine which has been in STi models since 2004. The engine has been given new pistons, exhaust and cold air intake, but power has been increased by less than 2%, from 305 to 310. However, the new, stronger pistons may be good news for enthusiasts, as the EJ257 has in the past been notorious for cracking piston ringlands with increased power levels. This weakness may be mitigated by the new pistons.

Further modifications include 19in BBS® wheels, as well as weight reduction, Recaro® racing seats, a revised 3rd gear ratio for increased acceleration, and several other performance-boosting upgrades. Handling has also been improved, with new Bilstein® dampers and a multi-mode VDC.

In addition to the STi, Subaru also released the new BRZ tS (“tuned by STi”). Changes to the BRZ are similar to that of the STi: new dampers and springs reduce body roll, and V-braces and draw stiffeners have been added to reduce flex in the chassis. Furthermore, new 18-in (the first 18-in wheels on a BRZ) STi wheels are wrapped in Michelin Pilot® Sport4 tires, with Brembo® brakes slowing the sticky tires down.

Both cars have more aggressive exterior touches as well. The Type RA and tS both have added front splitters and new rear spoilers, and the STi now has a carbon-fiber roof panel. In addition, the grilles of both cars will be surrounded by STi-red lining.

Although these improvements are exciting, and the cars’ handling will undoubtedly be observably improved, no mention has been made of increasing the BRZ’s horsepower, and the STi’s power output has been increased only 5 hp. The enthusiast community has clamored for a turbocharged BRZ for some time, but it seems that Subaru is intent on keeping the car naturally aspirated. The STi’s engine performance faces similarly lackluster enthusiasm. In Japan the STi S207 special edition features Subaru’s EJ207 engine, which produces 323 bhp—13 more than the Type RA and 18 more than the standard STi—in a two-liter. The STi, which is moved by the somewhat antiquated EJ257, has produced little more than roughly 300 horsepower out of the traditionally fuel-injected engine since the 2004 model year, when the car was first introduced in the US.

The latest generation Subaru WRX has adopted the more modern direct injection which is becoming ever more popular for manufacturers, producing 268 horsepower with a turbocharged version of the BRZ’s FA20DI. The existence of the WRX’s engine, the FA20DIT, leads us to wonder why Subaru does not repackage the forced induction engine for the BRZ. With the latest popular iterations of Mazda’s iconic MX-5 Miata and FIAT 124 counterpart, the BRZ’s once dominated entry-level rear-wheel-drive sports car territory has been invaded. If Subaru wants to retain the popularity of the BRZ, the car will need more than a carbon fiber spoiler and some red lipstick.

Just as the BRZ is facing new competition in the redesigned MX-5, the STi is facing similar heat from Ford’s Focus RS, released a few years ago. The Focus, which features all-wheel-drive for the first time, produces 40 more horsepower than the STi, is offered as a hatchback, and is priced nearly the same. The car hit the market with great praise, whereas the latest generation of STi, as with the new Type RA, met with reactions which could be described as mixed.

If Subaru follows precedent, a new redesign for the WRX and STi (and perhaps the BRZ) is due in 2020. The question is this: will the new cars to come adhere to Subaru’s record of lackluster power gains, or will the enthusiasts’ wishes be granted? This Subaru fan hopes for the latter.