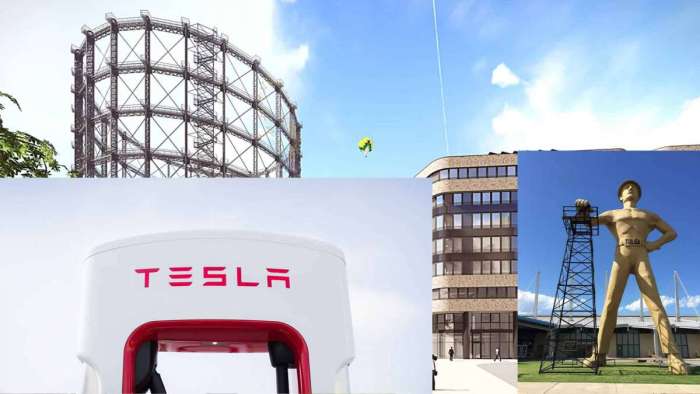 Today Torque News covered a number of top Tesla news developments, which we are presenting here for our Tesla readers all in one place.
Advertisement

Today's top Tesla news topics include it's overnight price cut and the end of the free Supercharging for the Model S and Model X buyers.

Tesla also is hesitating between Austin and Tulsa, looking for a location for its Cybertruck Terafactory.

However, it seems that Tesla may have already chosen a location in Berlin for its European Design Center. Speaking of Berlin, today Torque News learned that Tesla Giga Berlin was granted a government permit to lay the foundation of its first European Gigafactory.

But the big news is tonight's Jay Leno's Garage, which is going to air its much expected Cybertruck episode.

If you have already learned about Tesla's price cut of Model S, Model X and Model 3, you can watch our report and learn how much Tesla cut the prices of its most popular electric vehicles.

Speaking of the Tesla's price cut, Tesla also ended the free Supercharging on Model S and Model X vehicles. Tesla says it's not sustainable on mass production. Perhaps, it never should have been part of the deal. And also, we think this may have to do with the future vehicle-to-grid possibility. Imagine some really cheap people charging their car for free and then selling it back to the grid only the charge up for free the next day.

Finally Tesla got its much anticipated permit from the Brandenburg's Environment Agency to start the foundation work in Grunheide where it's building its Giga Berlin factory.

The next is Austin vs Tulsa. Where do you think Tesla will build its future Cybertruck Gigafactory (or Terafactory)? You don't know? Tesla apparently is hesitating too. Here is a report discussing both Austin's and Tulsa's advantages for Tesla.

And the last development is that we learned that Tesla may be choosing Berling's famous Gasometer and the EUREF Campus to house its European design Center.

Which of these Tesla developments did you find the most interesting? Let's discuss them in the comments section below.