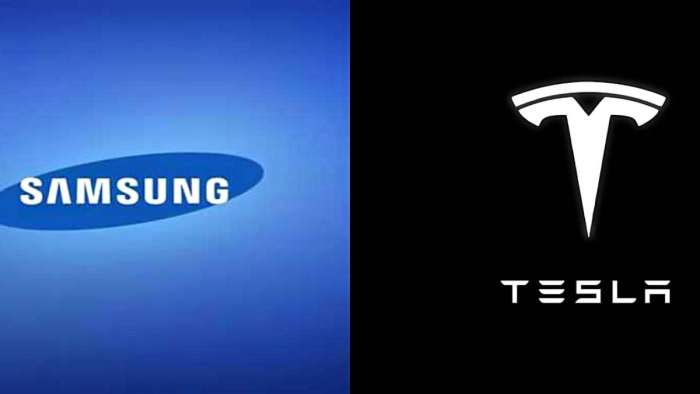 A new report from Asia-E in Korea states that Tesla is partnering with Samsung on a 5-nanometer chip for self-driving, despite earlier reports that Tesla planned for its next-generation self-driving chip to use a 7-nanometer process by TSMC, a Taiwan semiconductor company.
Advertisement

According to related industries on the 25th, the Samsung Electronics Foundry Division is currently conducting research and development (R&D) on 5nm-class system semiconductors to be mounted on Tesla autonomous vehicles. The 5nm semiconductor applied with the extreme ultraviolet (EUV) process is a high-tech product that only a small number of companies such as Samsung Electronics and TSMC can produce worldwide.

Samsung Electronics has been supplying Tesla with 14nm chips that have undergone an argon fluoride (ArF) exposure process, not EUV.

The field that the two companies are expanding cooperation this time is the infotainment (IVI) product family using 5nm semiconductors. Various semiconductors such as processors, neural network processing units (NPUs), security integrated circuits, memories, and display driving chips (DDI) are used in IVI. Ultimately, it is regarded as a key technology that enables the vehicle to reach fully autonomous driving by processing information input from sensors, lighting, and communication in the vehicle and providing it to the screen. In particular, since last year, the performance of chips installed in IVI is expected to become more important as the development of the 6G preemptive competition in the United States, China, and Europe beyond the spread of 5G globally.

Tesla, which has been leading the autonomous vehicle field so far, also needs Samsung Electronics' technology. Tesla plans to upgrade the IVI to make the vehicle look like a smartphone with wheels. Samsung Electronics is currently focusing on increasing the semiconductor yield per wafer unit. If Tesla provides the chip developed by Samsung Electronics, it is the procedure to undergo a vehicle test, adjust the yield for mass production accordingly, and then sign a contract.

It is interpreted that Samsung Electronics' recent restructuring of its personnel in the automotive semiconductor field is also not related to the increase in Tesla-related technology and yield stability.
At the end of last year, Samsung Electronics reorganized its organizational structure, such as relocating its manpower in the advanced driving assistance system (ADAS) field related to autonomous driving to the IVI field for vehicles. If it succeeds in mass production of Tesla-oriented products, it will be able to win the attention of other automakers and outsmart TSMC in Taiwan. Taiwan TSMC, the world's No. 1 foundry, unveiled the world's first 7nm vehicle design platform in May last year, and Samsung Electronics is fierce enough to skip the 7nm class and start developing the 5nm class immediately.