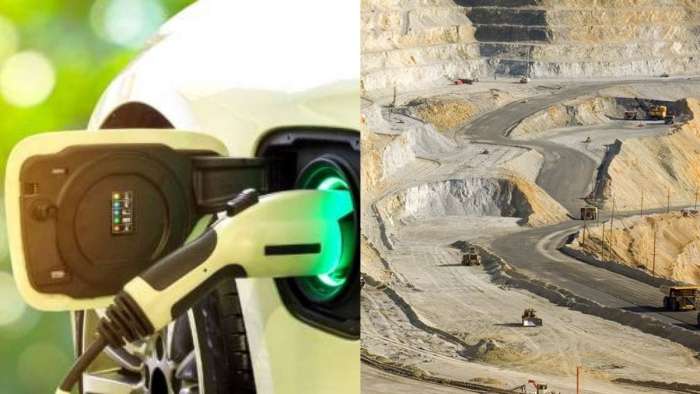 Tesla and Toyota Work on EV Batteries, but The Race Is for The Minerals

While companies like Tesla, Toyota, QuantumScape and BMW are working on their own electric vehicle batteries, the real race is for the minerals and elements that go in a battery. Now mineral mining companies, like the Green Battery Minerals, are building their own test batteries for electric cars.
Advertisement

The majority of the people in the automotive industry already know that batteries and electricity are replacing oil and gas. People know all about oil and gas, but not too many people know about what is in a battery that powers an electric vehicle. Graphite is one of the main elements in the EV batteries.

The anode in Li ion batteries (LiBs") is made out of graphite. And now companies that mine graphite, try testing their own in-house batteries. Several days ago, on March 2nd, one of them, Goldcore Resources Ltd. (TSXV:GEM), (FSE:BK2P), (WKN:A2QENP) announced that it will change the company's name to “Green Battery Minerals Inc." The new name has been chosen to better reflect the Company’s strategic focus on working towards the exploration for, and development of green commodities required by the burgeoning Lithium Ion battery market.

Today I spoke to the company's representative Hugh Oswald, asking what type of batteries they are working on. Pointing out to Feb. 4, 2021 news release, Oswald said "one of the world’s leading graphite R&D Laboratories located in Germany, is under contract by Goldcore Resources Ltd. to build several sample Lithium Ion Batteries using graphite from the Company’s Berkwood Graphite deposit."

Tom Yingling, President and CEO states, “I am very pleased to be one of the first North American graphite companies to actually build sample lithium Ion Batteries from its own Graphite. As a leading specialist in Graphite, ProGraphite is one of only a few laboratories in the world that have the technology and expertise to create Goldcore’s first Lithium Ion Battery. The world is demanding clean energy and reducing carbon footprints. Goldcore’s graphite is unique as it has shown that it can be easily purified without using Hydrofluoric acid, which is how the majority of the worlds Graphite is purified now. Not only is the Berkwood Graphite “Greener” it is also higher grade and courser compared to generally available graphite from present world producers. In addition to world class Graphite Goldcore shareholders also benefit from an excellent share structure with only approximately 33 million shares outstanding.”

Our conversation with Osvald, continued, touching other battery related questions.

Do you work or have any research a about solid-state batteries?
No, we are not doing Solid state.

How much graphite is used in a solid-state batteries?
Not sure, some have graphite and some do not.

How much graphite is in a Tesla battery?
Because of losses in the manufacturing process, it actually takes over 30 times as much graphite to make the batteries. There is up to 10 kgs of graphite in the average HEV and up to 70 kgs in an EV. There is far more in a Tesla Model S. What is interesting is battery makers are starting to put silicon (small amounts) into the graphite anodes and that is really giving the batter longevity and speeder charge times. We are also practicing ESG (Environmental, Social, and Corporate Governance),

Osvald continued, saying the Green Battery Minerals Ltd, has made a graphite discover in Northern Quebec. "The uniqueness of our graphite is what makes us different from other world graphite deposits. We have Natural, Large flake, High grade and Pure graphite. These characteristics allow us to used extraction processes that do not used hazardous material. Further our graphite is on surface, which means there will be less waist rock and disruption of the earth and easier to reclinate back to its natural state. These qualities make it environmentally and economically feasible. Green and Clean. On top of this, it’s location is very important as it is close to infrastructures, meaning again less environmental disturbance. It is also socially correct; Quebec has some of the highest and strongest environmental and social laws," said Osvald to Torque News.

He also explained that by adding two process to the end product of Nature Large Flake Graphite, the value can be increased greatly. This end product is what is used in the Anode Part of LiB. The back-bone of the EV, storage and future needs batteries.

Green Battery wants to build a plan to purify its graphite, sphericalize it and coat it. Currently, they are looking for funds, to pay for lab tests, to help prove and substantiate our graphite is applicable to the above.

Here are some prices of graphite to put things in the perspective:

Electric batteries contain raw materials such as lithium and cobalt - but the global reserves of these materials are limited. Both are also controversial for other reasons: The extraction of lithium from mines requires an extremely large amount of water and is associated with high environmental pollution; alternatively, the raw material can also be extracted from lakes with high lithium deposits. In the case of cobalt (which is also found in smartphones), the mining conditions, which are often associated with child labor, are primarily - but not limited to - criticism.

These raw materials are in an electric car battery of 50 kWh, according to the ADAC six months ago:

Thus, you see how important is graphite for making electric car batteries. And now the Green Battery Minerals is building test batteries to prove their graphite can be used in making batteries. The company is also working on verifying that the project graphite is amenable to efficient spheronization and coating and thus to add value to the end product. If the mineral mining companies start building their own EV batteries and succeed in mass production, I will not be surprised if they will become major players in battery making industry, considering the growing high demand for EV batteries and minerals that go into making those batters.