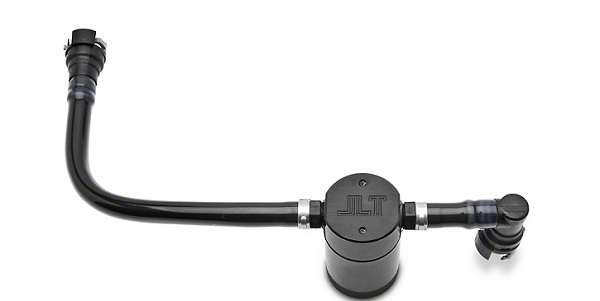 Today I came across an intense discussion in one of the Ford Mustang Shelby GT500 Facebook groups where owners were discussing which oil separator to use. I thought the topic would interest our readers too and here are few examples from the recommendations which fellow Shelby GT500 owners shared comparing Shelby Oil Separator to Bob's and JLT brands.
Advertisement

A user named Keith suggested Bobs Ultimate. "You only need the passenger side", he said.

A user named Jason commented that he likes the JLT because one can just unscrew it and dump compared to the valve on the bottom of the bobs. Also Bob's hoses and clamps looks cheesy unless you upgrade hoses and fittings, then the bobs look really cool.

I have a Bob's on the passenger side. On my '03 Cobra I run an aircraft grade check valve and no catch can. I added the Bob's CC to the GT500 because they look really nice and see to do an excellent job, writes a user named Mike.

Another Ford Mustang Shelby GT500 owner says he is ordering a JLT oil separator for the passenger side. "I like the factory look and they've improved since they originally came out," writes a user named David.

User named Ernie writes. Both the Bob's oil separator and JLT will work. JLT is a 20 second inline snap on. Bob's requires a little more. That's it. That's the difference. People are choosing based on loyalty. My recommendation is buy new and not used (JLT has upgraded to be as efficient as Bob's in recent year). Pick one of these and you won't be wrong! Good luck.

Yet another owner posted his engine's picture saying he is using a JLT oil separator showing how clean the intercooler is and no oil on it.

A user named Robert writes. I have a JLT which works great. I'm sure both work great. Just get one. Definitely a must on the GT500. You just need the passenger side as intake side is a waste of money.

Another owner named Gabe writes. I am using a Billet Technology catch can, very popular with the Dodge crowd, and Jeep and GTO guys, but they don't make a set-up for a Mustang. I even worked for them for a while and couldn't convince the owner to put together a bracket/can package that would fit Mustangs. So I ordered it as if it was for a 2007 Charger 5.7, removed/discarded the mounting post it came with, and am using it with some hoses they included, attached to a standard Ford PCV connector.

Many of the answers were the similar, most using JLT oil separator. Therefore, it seems that you will not make the wrong choice either way.

Elon Makes a Cybertruck Statement With an Action, But Quiet in Words
Tesla's Record Month in China: Doubled Registrations in March 2021
END_OF_DOCUMENT_TOKEN_TO_BE_REPLACED