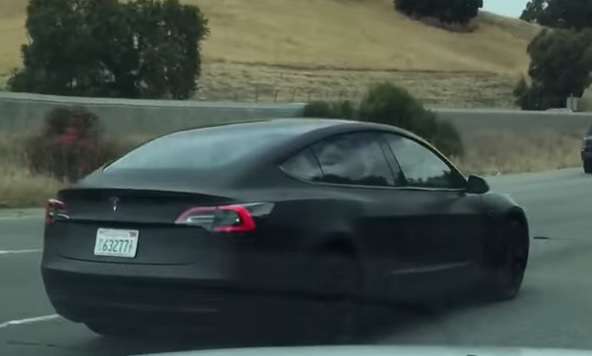 Tesla sales person tells a Model S test-driver that California ran out of money for the rebate already and adds that possibly no Fed incentives will be available next year when Model 3 arrives.
Advertisement

What will you do if by the time of Tesla Model 3 arrival states run out of rebates and incentives and no federal rebate is available? California has already run out.

"I test drove a Model S this afternoon and the store manager showed me link that says the CA incentives ran out and those that are buying gets on a waiting list," wrote Dannie Boiz in Tesla's forum page. "He also pointed out that the MS 60 has been selling like hot cakes and based on the record year, it's possible that Tesla will be out of the incentives by the time the Model 3 comes out," he adds.

Indeed, in an article published on June 24 in LA Times, it reads that California’s electric-car rebate program, which has given incentives to many Tesla, Nissan LEAF and Chevrolet Volt buyers and put tens of thousands of electric cars on CA roads, is "running out of money."

It's not the lack of money

Since 2009 this rebate program has helped to put 150,000 electric cars on California roads. Now it's running out of money, but not because of the lack of money. Instead, the decision comes from "concerns over the long-term viability of the state’s cap-and-trade program," writes LA Times in the same article. California's cap-and trade program, which uses a market-based mechanism to lower greenhouse gas emissions, is a major source of funding in California’s efforts to combat climate change.

martin wrote on June 28, 2016 - 6:32pm Permalink
Sounds like a salesman that wants to make a commission. I believe that CA is limiting the rebate to non-luxury brands and Tesla will not sell 200K Model S' and X' before the end of next year. Besides, with the possibility of additional sensor tech for Model 3...why buy the S and X right now?
Armen Hareyan wrote on June 28, 2016 - 9:37pm Permalink
I am thinking the same too Martin, but the LA Times article about the CA EV rebates and incentives changed my mind.
Tom Siechert wrote on June 29, 2016 - 5:20pm Permalink
The State of California will almost certainly resolve the dispute which is causing current buyers of EVs to not be able to get the $2,500 rebate (e.g. be put on the waiting list, with no assurances of ever getting the rebates.) This is just hard-ball being played between the governor and the CA legislature.