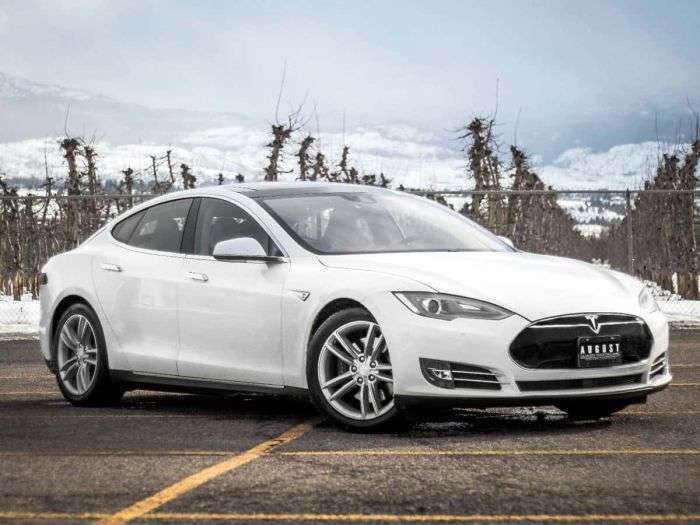 Tesa is developing its InsureMyTesla insurance program and further expanding it. Later in 2018 Alex Tsetsenekos, Head of North America for Tesla's new Managing General Agency, InsureMyTesla, will be joining the discussion to deliver the closing keynote presentation, Building a Customer Centric Insurance Company for Tesla, on October 3. I spoke with some Tesla Model S owners and here is what they said Tesla needs for them to switch to Tesla's own insurance program.
Advertisement

For several of them price is king. Model S owners say make it cheaper and people will come and by an insurance from Tesla itself.

Others stress the service in addition to the price. "Service, and expectations on repairs to Tesla standards then a fair price," writes Brian Lutz in the group. People simply want cheap, quick repair and reliable services to all privileged owners that will use Tesla's in-house car insurance plan.

Tesla's in-house insurance would be a win-win. If Tesla wants to be competitive, it has to be exclusive, and with that ability you could be so much more competitive if you made the vehicles safer.

Currently Tesla has an insurance deal with Liberty Mutual and a number of Tesla owners use that as an option to insure their EVs. In fact, Alex Tsetsenekos used to be the former executive at Liberty Mutual, Tesla’s partner for InsureMyTesla in the US. But recently Tesla hired him to lead InsureMyTesla program's North American division. By the way, in case you were wondering why the cost of insuring a Tesla is so high read this article discussing 3 reasons Your Tesla insurance cost is going up.

Here is what he thinks about the future of InsureMyTesla.

"The evolution of the customer experience is accelerating through the advent of new products, partners, and services," says Tsetsenekos. "As an auto manufacturer, Tesla recognizes that delivering a truly digital insurance customer experience is critical to the 'Tesla experience' moving forward. I'm excited to share our four key areas of focus to make this happen and discuss synergies between insurance and utilities."

Other Opinions from Model S Owners

I would like to see the vehicle body shell (the welded together parts) considered a single part which is replaced as such after a collision. Basically, they move an undamaged body, electronics, and interior into a new shell for the repair. - Kenneth Adelman.

I only carry insurance for my Tesla Model S because it is required by my state. I’d buy from Tesla in a minute, especially if they offer a deductible of $1000 or more. - Charles Crantson.

Yet, some people, who have owned other luxury expensive cars like Porsche and Audi say the price of insuring a Tesla Model S is comparable. "My Teslas are not any more expensive to insure than other recent cars I have owned (Porsche, Audi, Corvette)," writes Joseph Eschbach.

"When I got my 2013 Model S P85, it was loaded. The car insurance company had no idea about the car. My 100/300 insurance was 1200 dollars per year. Once my daughter started to drive two years ago. They suddenly increased my car to 3500 a year plus 2500 a year for my daughters car," writes Thomas Lembck.

What do you think? Let us hear your thoughts please, in the comments section below.