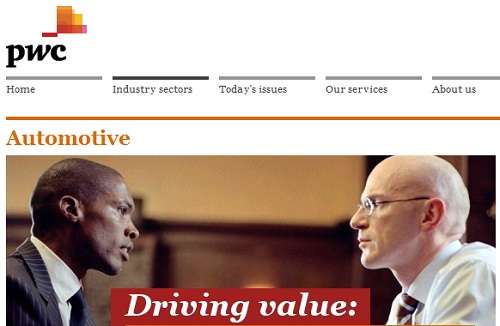 Half of the 2012 growth in global auto production will come from China, details

A new report from PwC depicts a rosy picture for the auto production in 2012. The automotive production is expected to make an impressive growth and the study unveils interesting details about car ownership rates in Europe vs China and India.
Advertisement

"For the first time in history, the number of vehicles produced by emerging markets will be greater than the number of vehicles produced by mature markets," said PwC's study. The audit company believes that this movement will be dominant in the coming years until 2017. About 57 percent of the global auto production during this period of time will come from the Asia Pacific region. This will include 38.6 percent growth in Chinese auto sector.

The study believes Europe will contrast to this growth with stagnation. Morin said EU markets are mature and the car companies need replacement. Asia will come to replace the European mature auto markets.

PcW also said this that the new and improvement environmental standards may further encourage the growth of the auto industry in Asia.

Toyota vs Tesla: Which Stock To Buy These Days
For Some Former Daimler Managers Daimler Is Authority, While Tesla Is Like a Startup
END_OF_DOCUMENT_TOKEN_TO_BE_REPLACED