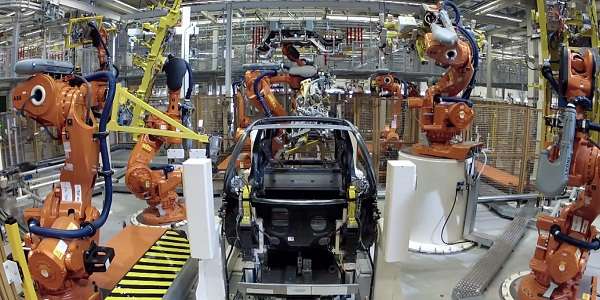 The BMW i3 has recently received the International Paul Pietsch Award as one of the most daring projects in automotive history. It goes without saying that innovation typically comes at a price, particularly when it's of the daring kind.
Advertisement

Manager Magazine reports in its latest issue, which appeared on newsstands on February 21, that BMW is ramping the production of the i3 more slowly than anticipated. The publication cites sources close to the BMW manufacturing plant in Leipzig, which have indicated that production figures are about 50% behind plan at this stage.

BMW's suppliers have independently confirmed that the company has only taken delivery of about half of the parts it has ordered for the i3. There is a number of things, which could go wrong with a new product like like the i3, which represents a dramatic departure from the status quo. According to Manager Magazin, the most pressing problem is the low yield during the manufacturing of carbon body parts.

The i3 contains on the order of 100 pounds of carbon fiber, which is typically valued for its excellent stiffness, crashworthiness and light weight. The passenger cell, which BMW calls the "Life Module", is built entirely out of this advanced material, which has contributed to the very low weight of the car. According to BMW, the i3 is the lightest vehicle the company has built since 1991, which was the last model year for E30. For comparison, the E30 3 series weighed between 2,400 and 3,000 pounds, depending on model year and configuration. The i3 weighs between 2,600 and 2,900 pounds, depending on trim and configuration.

The BMW Group has partnered with SGL to in-source the production of carbon body parts. The precursor material is shipped from Japan to Moses Lake in Eastern Washington state, where it's processed into raw carbon fibre using 100% hydro power. The material is then shipped to Bavaria, where BMW manufactures CRFP body parts from it at its Wackersdorf plant.

The capacity of the plant in Moses Lake, WA is about 1,500 tonnes per year. This represents about 10% of the global carbon fibre manufacturing capacity. To address increasing demand, as well as low the yield issue Manager Magazine has reported about, BMW Grop and SGL have decided to invest additional $137 million dollars into the facility, and double the production capacity in Moses Lake.

LG's New EV Battery Plant Is a Welcome News for Tesla
Tesla Giga Berlin's New Hurdle: It's Not Only the Gov't, but Now Tesla Itself
END_OF_DOCUMENT_TOKEN_TO_BE_REPLACED