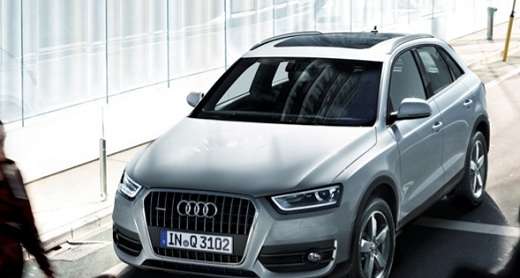 The 2011 Shanghai Auto Show on April 19 will host the presentation of the Audi Q3, but the company unveiled the first pictures of Q3's new design today.
Advertisement

The Audi Q3 looks everything that can be described as conservative and premium SUV. This is Audi's response to its historic rivals: the Mercedes GLK and BMW X1.

The following information about the Audi Q3 is very fresh and has been released in the past few hours. In fact, so far, at 2:15 Eastern Time only Audi.com has updated its website. Audi USA is yet to update its website about Q3.

It looks like Audi Q3 draws its design heavily from Q5. It borrowed almost everything from silhouette to shields. Small differences may not distinguish the two models at first glance. True to its rank, the Q3 will pamper its driver offering an elegantly designed dashboard and hosting a touchscreen use the MMI system and various connections, including WiFi to connect to the Internet.

All comes in few months.

Audi Q3: efficiency in all circumstances

According to guideauto.org the start-stop system reduces fuel consumption and CO2 emissions by cutting the engine when the car is in neutral. For example, when the driver stops the vehicle at a red light
he can put the gearshift into neutral and let go the clutch. The system will stop the engine.

To reduce fuel consumption during the trip, Q3's computer system comes with a program, called Efficiency. This program scans the driver's driving style and shows him how to reduce consumption.

"Audi again has raised the bar in terms of styling and refinement in a segment." The all-new #Q3 photos are out: http://audi.us/h25wEq
4 hours ago

OK, the line for test drives starts behind Sophie RT @1Sophie_W: I think the #Q3 looks fantastic - would be great to test drive!
3 hours ago