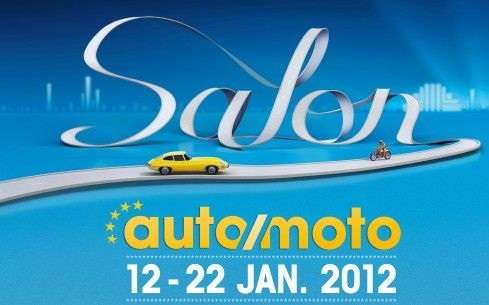 Many car enthusiasts in the United States may have not heard about the Brussels Auto Show, but the 2012 is going to be very unique as 20 most significant cars in the history of the automobile will be shown shown at the 2012 Salon auto moto de Bruxelles.
Advertisement

The 90th International Motor Show will open its doors in Brussels on January 12, 2012. Because this is an anniversary edition, several world and European premieres are expected to debut in Brussels. FEBIAC (Belgian Federation of Industry of Automotive and Cycle Industries), which organizes and hosts the show, plans to provide new thematic areas and a new logistics (E-Card) to make the anniversary edition more interesting for visitors and auto enthusiasts.

The 2012 auto show marks the 110th anniversary since the first motor show held in Belgium. Thus BEBIAC will provide a retrospective exhibition in Hall 6 displaying the 20 most significatn cars in the history of the automobile production. According to Autovlan.be "lovers of beautiful bodies and beautiful frames will be spoiled," as the palace will hold 12 contemporary luxury cars.

Hall 7, an area of roughly 3,000 square feet, is dedicated to green cars and electric vehicles. Large numbers of green cars will be present at the 90th International Motor Show in Brussels, including a test track, located outside the exhibition halls.

Belgium is a small country but big when it comes to automotive industry.

According to FEBIAC about 1,000,000 cars and 90,000 commercial vehicles, buses and coaches are assembled each year in Belgium. The entire automotive industry (assemblers, manufacturers and importers) has a considerable influence on the economy of the country and its employment rate. Nearly 10% of workers in Belgium are directly or indirectly involved in this sector (360,000 people). The country has drown all the major car assemblers, manufacturers and importers because of its open economy that characterizes Belgius.

Virtually all the major car manufacturers to settled in Belgium.