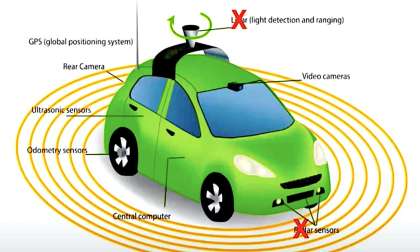 Wondering what Tesla engineers have been up to lately toward improving Tesla Autopilot and FSD? Here’s a must-see Zoom presentation where Tesla’s Director of Artificial Intelligence, Adrej Karpathy, reveals the work that is going on behind the scenes as we wait for out next FSD update. 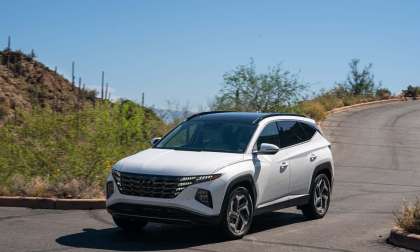 Six Hybrid or Electric Models Land On Fastest-Selling Vehicles List - How Did Your Favorite Rank?

A new update to the twenty fastest-selling new vehicles in America list includes hybrids from Hyundai and Toyota, EVs from Volkswagen, Jeep, and Toyota, and a lot of gas guzzlers. America's new vehicle divide is on full display. 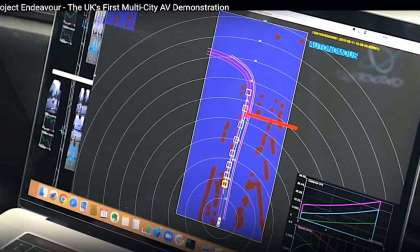 Here’s the latest about a live multi-city trial of one type of autonomy FSD software that is being outfitted on Ford Mondeos to operate across a five-mile area in varied traffic and weather conditions that is rated two levels above Tesla’s current FSD categorization. 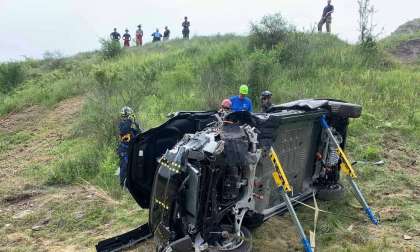 A picture speaks a thousand words as they say. This picture’s story about a crashed Ford Mustang Mach-E electric vehicle isn’t what you’d guess. 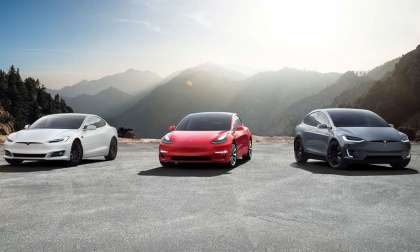 According to a recent job posting on Tesla's Careers page, Tesla is planning to hire actuaries to help build out the company's revolutionary insurance business in Europe. 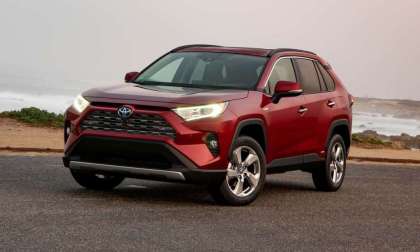 A new study conducted by the U.S. Department of Energy and Argonne National Labs predicts that hybrids are the least expensive crossover vehicles to own, battery-electric the most expensive for the model year 2025. Here are some interesting findings from the study. 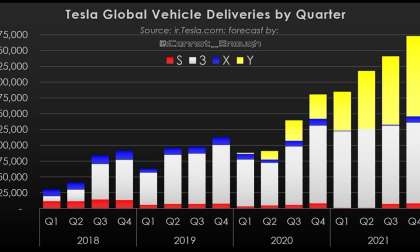 Recently, the Twitter user, James Stephenson, posted 69 Tweets in the most detailed analysis of Tesla I've ever seen. Let's take a look at Tweet #3 of these which focuses on Tesla's delivery of vehicles quarter by quarter, year over year. Here is the details! 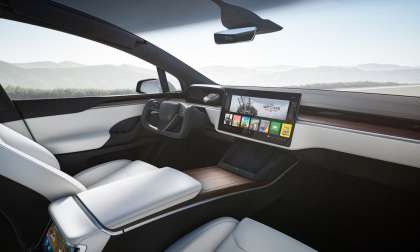 Tesla has made it clear that they don’t plan to drop the yoke steering wheel. The yoke is ultimately the foundation for a car with progressive steering.
By Armen Hareyan G+ Jun 19 2021 - 1:35pm

Tesla has laid out all the changes it plans to make at Giga Berlin and its battery cell factory. 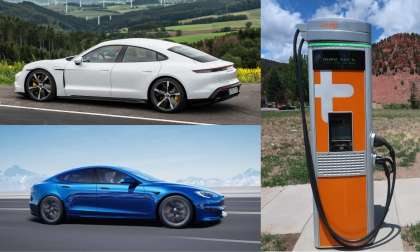 The Porsche Taycan And Telsa Model S Can Charge In Just Minutes! Time For A Road Trip

With vehicles like the Tesla Model S and Porsche Taycan being able to charge several miles worth of power in a single minute, the era of range anxiety appears to be approaching its end. Many potential owners felt that the long charge times required for many electric vehicles were prohibiting them from purchasing one, but as fast charging stations pop-up across the world, that may be less of an issue. 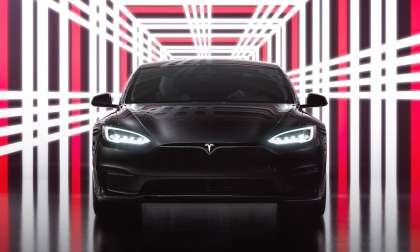 Tesla CEO Elon Musk's favorite vehicle/Tesla and daily driver has been the Model S. And now with the launch of the Plaid variant Musk seems unable to hold back his excitement and now claims the Plaid Model S can accelerate 20% quicker than gravity. 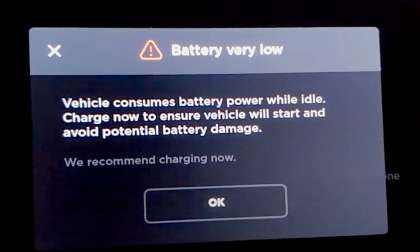 Even though it’s been argued by Tesla that there is no real need for a car to carry a spare tire anymore, this does not mean that Tesla owners should be unprepared for other road mishaps. Here is at least one important simple tool all Tesla owners should carry to revive a dead Tesla as demonstrated by this one Tesla owner. 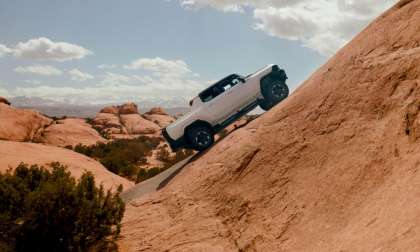 GM Announces huge investments in future EVs and AVs. GM will leverage its new Ultium battery platform for semi trucks. It will also sell its HYDROTEC hydrogen fuel cells for use in planes and trains. 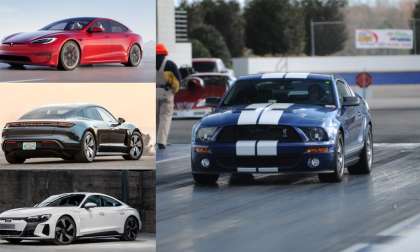 What Could Make A Long Time Mustang Driver Switch To Electric? Check Out The Audi E-Tron GT

The Audi E-Tron GT, new in 2021, is a stunning EV. While related to the Porsche Taycan, the E-Tron GT also features Audi’s fabled Quattro all-wheel-drive system. Audi has made the E-Tron GT with the driver in mind and it shows. My friend has been driving Ford Mustangs for the last 20 years, but he’s considering swapping to an EV thanks to the E-Tron GT, and here’s why: 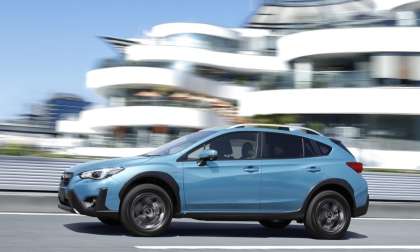 Subaru announced a new 2021 Crosstrek e-Boxer Hybrid "Smart Edition" in Japan. Customers in the U.S. can only look and not touch. 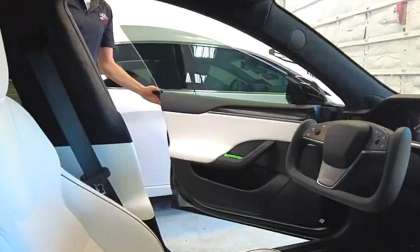 The cabin noise in the new refreshed Tesla Model S is amazing. If you are wondering how is the cabin noise in a new Model S, we are going to find out now and with a new update from Elon Musk about Tesla's new HVAC firmware. Competitive All-Electric Foreign SUV Will Be Manufactured in the USA

A recent news release announced today that the Swedish-born all-electric Polestar 3 SUV will be manufactured in the United States. A quick peek at the most recent news on Lordstown Motors makes the company's future look bleak. Toyota Hinted At An Electric RAV4; What's The ICE One Like?

Toyota, as a brand built a reputation of reliability in the 80s and 90s. The 2000s seemed a little rocky for them, with vehicles like the Solara and Venza not being the star performers that companies hope for. Regardless of their foibles, the Japanese automaker has managed to regain a lot of that reliability cred. The RAV4 is one of Toyota’s most popular choices and hopefully a BEV version will be on the way soon.

GM will use its decades of hi-tech research to help transform rail lines and make them greener. Are you undecided about whether Tesla’s yoke steering is right for you? Here’s a link to a video of yoke steering in action that illustrates at least one bothersome aspect of driving with this type of non-wheel, steering wheel. The Original Tesla Roadster and Beyond

In May, 2015, I had the honor of having my first Tesla car ride. It was in the original Tesla roadster with a friend in California. Let's talk about the Tesla Roadster then, now, and in the future. Here’s one use of Smart Summon you won’t find in your Tesla manual that helped one creative Tesla owner take care of a difficult part of his job. Brandenburg State Office for Environment has confirmed Tesla's decision to add a battery plant to the Giga Berlin plans will necessitate a second public review and possibly a public hearing. When Toyota brought out the Prius two decades ago, the small, efficient vehicle carved out a niche and a cult following for itself. The RAV4 Prime has earned respect in its own right as well with the plucky hybrid cross-over being a very quick grocery getter. For a company that was so early to adopt electric technology, they seem hesitant to swap over fully. Even Dodge seems more excited to make the swap.
By Armen Hareyan G+ Jun 14 2021 - 4:58pm

Toyota vs Tesla: Which Stock To Buy These Days

Let's see how one of the world's largest automakers, Toyota Motor, compares with number one electric car startup, Tesla when it comes to the stock purchase.This analysis is translated from According to rumors, Tesla is planning to export made-in-China Model Ys to European customers. Model Y deliveries in Europe could begin as soon as the beginning of Q3 2021. A recent YouTube video shows how one Tesla owner was able to automate his EV charging needs using a Raspberry Pi microcontroller and some mechanical hardware to turn his garage into a hands-off charging station. We compare and contrast the known similarities and differences between the Lexus NX 450h+ plug-in hybrid-electric vehicle and the Toyota RAV4 Prime PHEV. Check out our comprehensive comparison/contrast chart. All three iterations of Mustang Mach-E have exceeded their EPA range in testing by Edmunds. Meanwhile seven of the Teslas tested by Edmunds have fallen short of their range estimates. Mustang Mach-E standard-range battery with RWD gets 34 miles over its EPA estimation in Edmunds latest testing.