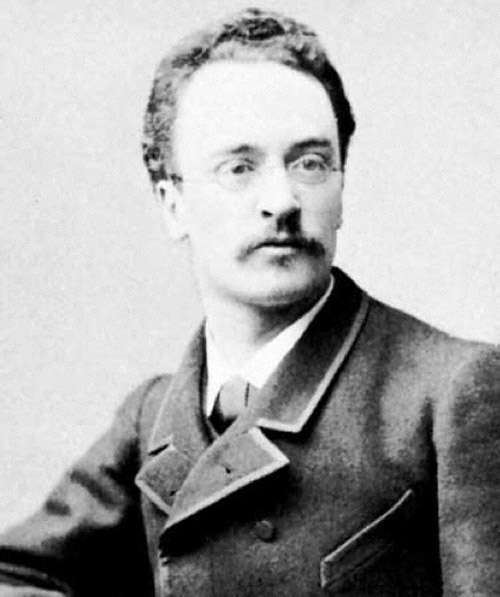 We should have celebrated Rudolph Diesel’s birthday yesterday

Yesterday, March 18, marked the 153rd anniversary of the birth of the father of the diesel engine, Rudolph Diesel, who presented his first public demonstration of his peanut oil-burning combustion engine at the 1900 World’s Fair Exposition Universelle held in Paris.
Advertisement

This event passed pretty much unnoticed in the automotive media, despite the presence of many stalwart defenders of the diesel engine among their number. Could it be they were nursing hangovers from celebrating the Saint who drove the snakes from Ireland instead of paying tribute to the man whose idea has powered our boats, trains and trucks since the era of the steam engine.

Rudolph, who was born to Bavarian parents living in Paris, knew he wanted to be an engineer by the age of 14. Though his parents moved to London during the Franco-Prussian War of 1870, he was sent to live with an aunt in uncle in Augsburg at the age of 12.

He graduated at the top of his class in 1873 and enrolled at the newly formed Industrial School of Augsburg before winning a merit scholarship from the Royal Bavarian Polytechnic of Munich where he would meet Prof. Carl von Linde, the inventor of refrigeration and gas separation processes.

Working in Linde’s refrigeration plant through the 1880s, Diesel filed several patents in both Germany and France. In 1890, he moved to Berlin where he continued to work for Linde’s corporate research branch in the field of thermodynamics and fuel efficiency.

Working on a steam engine using ammonia vapor caused an explosion that nearly killed the father or the diesel engine. He was hospitalized for months and continued to have problems with his health and vision thereafter.

Seven years after Karl Benz was granted a patent for the first motorcar, Diesel published a paper titled Theory and Construction of a Rational Heat-engine to Replace the Steam Engine and Combustion Engines Known Today, which formed the core data used in his invention of the diesel engine.

More recently, the move to ultra low sulfur diesel required the diesel engine to be redesigned. According to Tim Jackson, President of the Colorado Auto Dealers Association, you couldn’t buy a diesel car in the U.S. during the 2005 or 2006 model years, as manufacturers worked to develop the new clean diesel engines.

The clean diesel vehicles like the VW Golf TDI and Jetta TDI began appearing during 2007.

These engines use a particulate filter to lower their smog forming emissions. Tiny particles (soot) in the exhaust are trapped. A sensor that measures the pressure required to expel exhaust through the filter, tells the engine when the soot has accumulated to a certain level, causing it to inject more fuel. Resulting heat that collects in front of the filter completes the oxidation of the soot particles. The cycle reoccurs every few minutes.

So it would seem we all owe a lot to the man who invented the efficient, high compression, high-output diesel engine that has had such a significant impact on the lives of everyone.

So next year when March 17 rolls around, we’ll remember to raise a glass to Rudolph Diesel, born March 18, 1858.