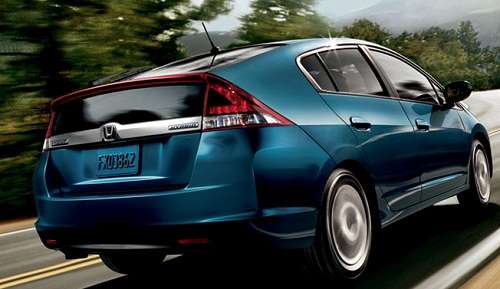 If you have kids then you may have seen them trying to sneak into the car before they are seen or their schoolmates grouping up and jeering or laughing at them as the enter the family car. Sometimes the family vehicle can be as embarrassing to a teenager as a mom in a beehive or a dad with a handlebar mustache.
Advertisement

You may have been besieged to pick them up around the corner or drop them off before they get to school. There is a little rhyme and reason to all this but in short if it isn’t exotic, it isn’t fly.

Though it may vary among different peer groups, the following is a somewhat random listing of the teen peer group offending vehicles, thanks to Al Vinikour of Montgomery Media.

10 Box vehicles
The Honda Element has always looked like something designed by the Playskool folks. Despite Scion’s Dare to Be Square viral videos, any of these little box vehicles including the Element, Scion xB, Kia Soul and Nissan Cube are likely to result in heaps of derision being piled upon your adolescent.

9 Minivans
Despite their eminent practicality, versatility and, in cases like the Toyota Sienna, remarkable drivability, minivans are one of the vehicles many teens would just as soon walk as be seen in – and you know how much they like to walk, right?

8 MegaSUVs
Vehicles like the Chevy Suburban, Nissan Pathfinder Armada or the Infiniti QX56 are just more than most parents can handle with their clumsy parking skills, 60 foot turning radius and oversized engines. Besides even kids know what a gas hog these are – kids just aren’t impressed with huge vehicles.

7 Full Size Pickups
You may thing your Ford F-150, Dodge Ram or Chevy Silverado pickup is the coolest thing since four-wheel-drive but that doesn’t mean your sons peers do. It may be a requirement of your work but they usually tend to be so upscale they couldn’t even haul six bags of dog food or so bottom dollar they have no power steering and need a paint job. Either way they just aren’t where it’s at for the kids.

6 Family sedans
Vehicles like the Chevy Malibu, Chrysler 200, Buick Regal or maybe even the Toyota Camry are the heights of dullness to the younger set. They may know their parents are totally unhip, but they don’t want anyone else to know.

5 Pontiac Aztek
You immediately either like or dislike this quirky car, but as far as kids are concerned it’s the peak of weirdness. They wouldn’t want to be caught dead in one.

4 Any Saturn
The orphaned GM brand is now so 5 years ago, which in the terms of teen makes it antedeluvian. If it’s a Vue or a L110 fuhgetaboutit. If it’s a Sky, however, you might get by for a while.

3 Super Green
The Honda Insight and Toyota Prius are perceived as far too concerned with environmental concerns and the last thing your kids want to be indentified as is tree-huggers or green monkeys. Besides, there was the hybrid sendup/parody by South Park whose equal opportunity derision seems to have hit a chord with today’s kids.

2 Cop Cars
The Ford Crown Victoria or Mercury Grand Marquis
These take the family sedan concept to its unpopular conclusion, besides looking like most of the cops cars on television – because they were. There only redeeming feature is that they are big enough for the kids to hide in.

1 School Bus
By far the most embarrassing vehicle any kid can ride in is the school bus. This identifies kids as lower class, a distinction no one longs for in this society
.
So there you have it – if it isn’t exotic it isn’t fly. Of course, if you pick up the kid in the Aston, Bentley or Rolls they make have to take a different kind of kidding. Such are the pitfalls of darkest adolescence.