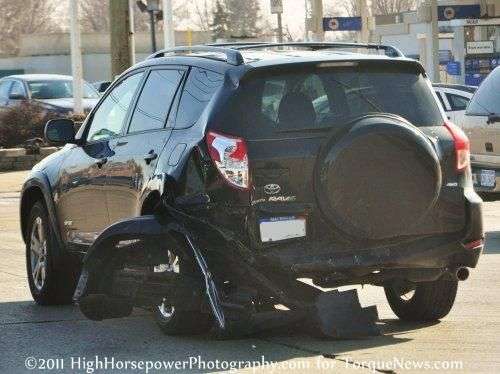 With deadly traffic crashes peaking for teens during the months of June, July and August, AAA Michigan urges parents to heighten their focus on safety during the months ahead. Summer is the deadliest time of year for teen drivers and passengers with seven of the top 10 deadliest days of the year occurring between the Memorial Day and Labor Day holidays.
Advertisement

"Parents should not underestimate the critical role they play in keeping their teens safe, especially during these high-risk months," said Jack Peet, AAA Michigan Traffic Safety Manager. "Life feels more care-free when school's out and teens have more opportunities to drive or ride in cars late at night with other teens – a deadly mix. With the majority of the most dangerous days falling during the traditional summer vacation months, parents must realize that there is no summer break from safety and be vigilant about remaining involved and enforcing rules with their teens."

Michigan's new teen driving law – which AAA strongly supported – took effect on March 30. Under the Graduated Driver Licensing (GDL) law, teenage drivers with a Level 2 license have to comply with new driving restrictions. These include limits on the number of passengers in a vehicle and shorter nighttime driving hours. New teen drivers are not allowed to have more than one non-family member under age 21 in their vehicle, unless accompanied by parent, guardian or other adult aged 21 or over approved by a parent. The law makes exceptions for teens driving to or from school or school-sanctioned events.

New teen drivers are prohibited from driving between 10 p.m. and 5 a.m. under the new law, unless they are driving to or from work. The new laws are meant to lower teen traffic fatalities and injuries.

Over 7,300 teen drivers and passengers died in traffic crashes nationwide between the Memorial Day and Labor Day holidays during the five-year period of 2005-2009, according to AAA. An average of 422 teens die in traffic crashes during each of the deadly summer months as compared to a monthly average of 363 teen deaths during other seasons when more kids are in school.

Many other states have restrictions on passengers and night driving for teens under GDL laws. A recent poll by the AAA Foundation for Traffic Safety shows a clear majority, 7 out of 10 Americans, favor stricter enforcement of driving laws, but regardless of the law, parents play a critical role in keeping teens safe

"To keep teens safe during these dangerous months and year round, parents should go beyond compliance of state laws and make teens abide by rules of the house," said AAA Foundation president and CEO Peter Kissinger.

Driving should have a purpose – Teens have three times as many fatal crashes as all other drivers, based on amount of miles driven, and a teen's crash risk is highest during their first year of driving. Driving should be limited to essential trips and only with parental permission for at least the first year.

Be an effective coach – The best way new drivers gain experience is through parent-supervised practice driving, where parents can share the accumulated wisdom of many years. Even after a teen has a license, parents and teens should continue to practice driving together so the teen learns to manage increasingly complex and challenging conditions.

Reduce night driving
– A teen driver's chances of a deadly crash double when driving at night. Many parents limit driving during the highest-risk late night hours, but should limit evening driving as well, as more than half of nighttime crashes occur between 9 p.m. and midnight. Teens should not drive after 9 or 10 p.m. unless accompanied by a responsible adult, according to AAA.

The parent-teen driving agreement – Many parents and teens find written agreements help set clear rules about night driving, passengers, access to the car, etc. AAA will provide a sample parent-teen driving agreement on TeenDriving.AAA.com. The website offers a variety of additional tools and resources for parents and teens as they learn to drive, including AAA StartSmart, a free online resource based on a research-tested program for families developed by the National Institutes of Health.

AAA's Teach Your Teens to Drive program is another great tool to help parents become effective driving coaches for their teens and is available by calling 800-327-3444.

Panasonic Updates Profit Forecast, Noting How Much Tesla Batteries Help The Jump
2022 Porsche 911 GT3 Laps Nurburgring in 7:04 With Journalist Behind The Wheel
END_OF_DOCUMENT_TOKEN_TO_BE_REPLACED