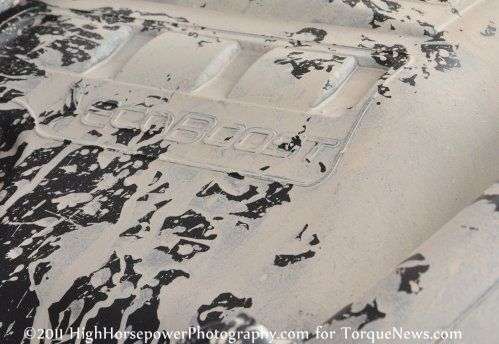 With its powerful and fuel-efficient 3.5-liter twin-turbocharged V6 engine, the 365-horsepower Ford F-150 EcoBoost is outselling all other competitive six-cylinder trucks combined by nearly four to one according to J.D. Power & Associates and a dealer in Manhattan, KS.
Advertisement

F-150’s two new V6 engines account for nearly eight out of every 10 V6-powered full-sized trucks sold according to J. D. Power & Associates and Brigg’s Supercenter, the leading car dealership in Manhattan. Though they specialize in used Ford cars and trucks, like any sharp auto dealer, they watch for the latest trends and news.

Here in the nation’s center, the Ford F-150s are outselling Chevrolet, Dodge, GMC and Toyota hands down. The new EcoBoost V6 is one of four new higher-efficiency engines Ford introduced for 2011 in the F-150. Another new engine – the 3.7-liter, 302-horsepower V6 – also outsells all other competitive V6 engines in full-sized trucks.

“Both of our new V6 powerplants are changing the way customers think about truck engines,” said Doug Scott, Ford’s truck group marketing manager. “The 3.7-liter has more horsepower than two of the three V8 engines we offered in last year’s F-150. The 3.5-liter EcoBoost V6 engine, at 365 horsepower and 420 lb.-ft. torque, is in a class of its own – no one has anything even remotely close to this engine, which can tow as much as 11,300 pounds and deliver 22 mpg.”
The hot-selling new F-150 EcoBoost is the highest volume vehicle in Ford’s family of cars, trucks and SUVs around the globe, available with the company’s patented fuel-saving technology.

This is just one of the many reasons consumers are switching to Ford and why Ford stock may be a good buy in this economy.

Tesla-Funded Research Reveals One of The Biggest Mysteries of EV Battery
Tesla Tesla Buyer Nets a Whopping $12,000 Discount After Asking for Reduction
END_OF_DOCUMENT_TOKEN_TO_BE_REPLACED