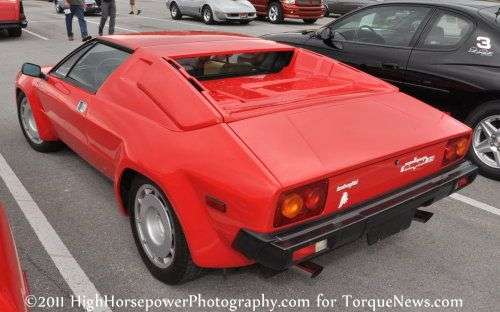 iPods, laptops attract burglars to your car or truck

WAFB TV9 in Baton Rouge just posted a story concerning a former car burglar revealing just how easily and quickly you can be relieved of your prized possessions – iPods, laptops, purses or cameras – left in plain view inside your car. It takes less than a minute for a thief to smash a window, reach inside and grab an easily pawned item.
Advertisement

It happens 2 million times in the U.S. every year. Someone like Randy, the former car burglar in Jim Shannon’s story, breaks into a car and steals whatever they can in the blink of an eye.

"I've broken into cars all over Baton Rouge," Randy alleged. "Broke in cars, stores, houses, everything."

Even more frightening, he was never caught or prosecuted for these offenses, but settled down to a non-larcenous life when he had his first child five years ago.

Randy said he’d look for those not paying attention or who were less likely to get physical if they caught him in the act – women with kids, older people and the like.

Just to get the idea Shannon took Randy to a shopping center where he would point out the kind of mistakes people make, putting their possessions at risk.

A truck with the windows down – the owner’s in the back of a large store where he cannot see. A thief could be inside, go through the glove box and center console for anything of value and be gone in a flash.

A woman goes to pay for her gas at a station with her windows down. Randy reaches in to show a DVD player lying on the seat, just to demonstrate how easy it is and how careless people can be – then replaces it before the woman returns.

Across the parking lot is another easy target – work trucks loaded with things easily pawned for quick cash – tools, ladders and the like.

"Because, anything I'm going to do, I'm going to scope it out. I'm over there. I just grabbed a DVD player. Now, I'm looking at all these trucks. They got power tools. Their ladders are tied down with straps. Easy, pair of scissors, pocket knife, just cut it, throw it in the back of the truck, I'm leaving," he concluded.

• First and foremost always lock your car even if you’ll only be gone a minute.

• Keep valuables out of sight – smash-and-grab burglary is an impulsive act. Hide your possessions before you arrive. Thieves frequently survey parking lots watching for people putting things in the trunk.

• Park your vehicle in well-lit areas away from larger vehicles or shrubs. Thieves take delight in privacy.

• Most vehicles are broken into to steal the car itself - steering wheel locks, steering column locks like "The Club" and brake pedal locks are great ways to increase the thieves’ difficulty and encourage them to find another victim.