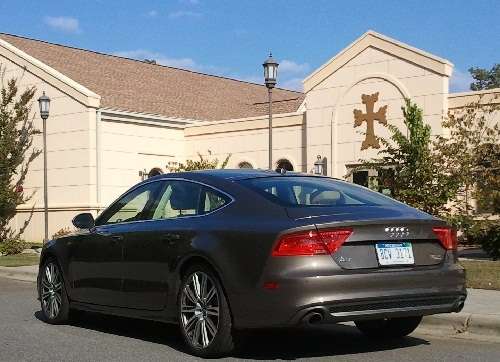 The Audi A6 and A7 have been designated among the 10 best cars under $80,000 in Car and Drivers’ 30th Annual 10Best Awards. The two models were selected on the basis of their superior design and technology. The 2012 Audi A8L and R8 also received Favorites recognition for cars over the price limit.
Advertisement

Car and Driver is the world's largest automotive enthusiast publication, which has, in their 30th year, identified the 10Best all-new cars on the market under $80,000.

“As in years past, the cars on this year’s list represent the best overall vehicles on the market today,” said Eddie Alterman, editor-in-chief, Car and Driver. “Out of 68 contenders, these are the ones that consistently perform the best, are a good value and are engaging, fun-to-drive vehicles.”

The new 2012 Audi A6 features an all-aluminum Audi 3.0 L TFSI supercharged V6 engine with 310 horsepower. As Audi’s most innovative and technologically advanced model to date, the A6 renders up to 2,000 decisions per second for the driver. Night driving is enhanced by a thermal imaging camera with night vision as well as the Audi Pre-Sense Plus safety system. A heads-up display and a MMI Touch pad that recognizes handwriting in multiple languages are also featured. Audi is the first manufacturer in the world to provide factory-installed wireless internet, enabling features such as Audi connect for real-time weather, traffic news and even live fuel prices, along with MMI Navigation with 3-D Google Earth images.

The Audi A7 is an artfully stylish five-door coupe, coupling a thoroughbred's sporting spirit with true engineering finesse. The Audi A7 was the first model to feature factory-installed Wi-Fi with Audi connect, navigation and 3-D Google Earth. From the touchpad and its gracefully integrated display screen to its state-of-the-art heads-up display, the Audi A7 sets a high standard for performance, handling and efficiency. It features an all-aluminum Audi 3.0 liter TFSI V6 engine, producing 310hp and 325 lb-ft. of torque.

Nominees for the 30th annual “10Best” list consisted of all new cars, 2011 10Best winners, cars that were not available for the 2011 competition, and all those with significant updates. There is a base-price cap of $80,000 and the winners must be on sale by January 2012.

A related story also named the 2012 Audi A8L and 2012 Audi R8 as Favorites Over $80K. The A8L, Audi’s flagship sedan, was chosen for its luxurious details as well as its powerful 372 horsepower, V8 engine. The sporty R8 was selected for its supercar styling and “sci-fi bodywork.”

Audi continues to win hearts and minds the world over.

This page is updated on May 18.