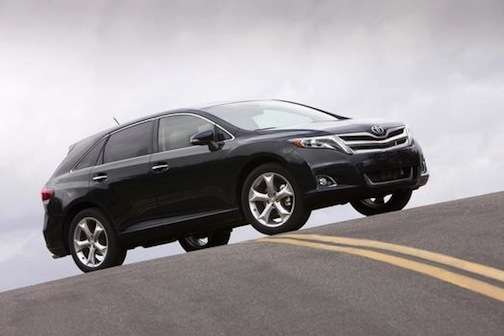 Toyota cars will sense drivers’ moods in the future

Toyota is working on technology that will be able to read drivers’ moods and adjust how the car reacts.
Advertisement

All in an effort to build safer cars in the future, Toyota is developing a new mood-sensing technology. According to What Car, this technology will be able to detect if a driver has had a bad day at work or if he is angry and could be in danger of driving aggressively. The technology has been in the works since 2006, but Toyota now has a working model that will be able to identify exactly what the emotional state of the driver is and can react with a number of different warning systems if necessary.

The technology will read the drivers’ mood and determine if he or she is sad, happy, angry, or just neutral and can then asses how likely the driver is to be distracted. The system will be armed with a number of different safety reminders and then can alert the driver of any potential hazards in advance.

The system will even be able to take over by directly controlling a vehicle either by braking or steering to avoid an obstacle if the driver is distracted. The research showed that an angry or upset driver, is less likely to see a potential danger and could be alerted, such as a child crossing the road, or traffic that has come to a sudden stop ahead. The system will alert the distracted driver who is in a much different place than a driver who is in a calm or neutral state.

The mood-sensing technology will go beyond knowing how a driver is feeling, and can even recognize what a driver is doing, such as looking at their phone or looking down to adjust the radio, and then offer a warning so that the driver can stay focused on the road. The system uses a camera aimed at the driver to identify facial expressions and takes readings from 238 points on the driver’s face. The system can will even function and take readings if the driver is wearing sunglasses or has facial hair.

Toyota is still perfecting the technology and hasn’t announced a date when the system will be officially unveiled in a Toyota vehicle. Jonas Ambeck, Toyota's senior manager advanced technology, said: 'The current, basic research should be complete within two to three years, so some of the elements could start to be available in around six years time. For non-vital applications some basic things could be available earlier though."

Ambeck said that Toyota is looking to combine mobile phones with the technology in the future and will be able to feature power-saving and distraction reducing tasks like lowering the lighting in the navigation screen unless the driver is looking at it.

If you don’t like being told how to drive, you might want to hold on to that older Camry.