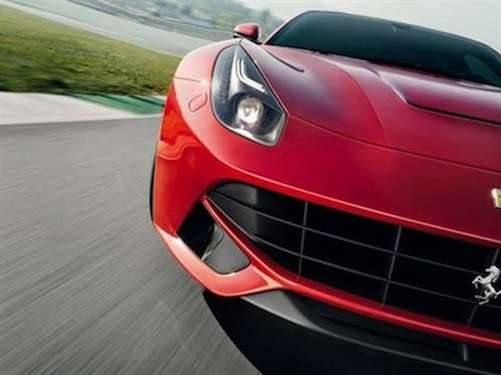 Ferrari will debut the F12berlinetta at this year’s Goodwood Festival of Speed along with Eric Clapton’s $4.75 million SP12 EC.
Advertisement

Ferrari will be a big hit at the Goodwood Festival of Speed this year and will be bringing some very special sports cars. The F12berlinetta makes its debut along with a selection of unique Ferrari’s representing the various levels of personalization available from the Italian automaker. They will be showcasing Eric Clapton’s one-off $4.75 million SP12 EC representing the ultimate level of exclusivity available through Ferrari’s One-Off Program.

Ferrari is proud of the supercar they built for Eric Clapton and want to showcase it for the world to see. The custom SP12 EC (special project car, number 12, Eric Clapton) was designed to pay tribute to the singer’s favorite 1970s Ferrari 512BB. That car which he previously crashed and was almost killed, was on the cover of his "Slowhand" album. He has owned three other Ferrari 512 BB’s and this specially designed creation took its inspiration from the 458 Italia.

The one-off sports car was designed by Centro Stile Ferrari in collaboration with Pininfarina and the engineers from Maranello. The car has been estimated to be worth $4.75 million, but because it's a unique one-of-a-kind creation, and will be owned by the English musician, it will likely be worth much more.

But it’s highly unlikely Clapton would ever sell the car in his lifetime. The unique SP12 EC took two years to build and gets a special bespoke interior and a unique shade of Ferrari rosso paint to finish off the beautiful car built for the now 68 year-old Eric Clapton. The famous musician claims the process of designing his dream Ferrari was “one of the most satisfying things I’ve ever done.”

Also on hand at this year’s Goodwood Festival of Speed will be the debut of the F12berlinetta. The supercar is the newest generation of V12 Ferrari sports cars and features new aerodynamic efficiency and 30 percent lower fuel consumption and emissions that the previous generation. The new F12berlinetta is the most powerful road-going Ferrari ever produced.

Fans will see its direct-injected V12 sports car pumping out 740 horsepower that will sprint from 0-62.5 mph in just 3.1 seconds with a top speed of over 211 mph. The powerful engine comes mated to Ferrari’s seven-speed dual-clutch F1 transmission. The engine recently won the title of ‘Best Performance Engine’ in the International Engine of the Year Awards.

Ferrari will also bring two other special cars to Goodwood. Ferrari’s V12 four-seater GT, the FF, will also appear showcasing a new option: a panoramic glass roof. The 458 Spider will be on hand for fans to see and demonstrates the wide variety of options that are available through Ferrari’s Tailor-Made program.

It is shaping up to be an exciting weekend for Ferrari with the debut of the F12berlinetta, and seeing Ferrari’s V12 FF and 458 Spider. The Scuderia Ferrari team will also be demonstrating their 2010 F1 car that won four victories that year. We aren’t sure if Eric Clapton will be at the Goodwood Festival of Speed this year, but we know his very special one-off SP12 EC Ferrari will be.