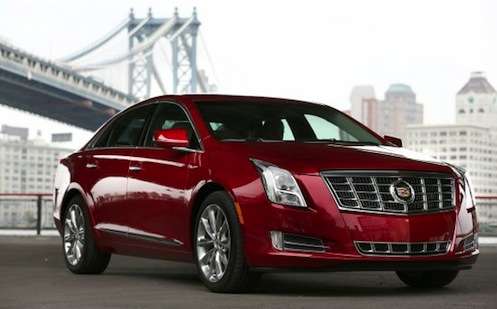 Cadillac tested their new active safety technologies on the 2013 XTS luxury sedan and ATS compact sport sedan and did it on the famed New York Brooklyn Bridge. The New York Bridge was a perfect environment to test the safety system that Cadillac calls “Super Cruise.” The semi-autonomous technology is capable of fully automatic steering, braking and lane-centering during certain driving conditions.

The New York Brooklyn Bridge was the ultimate testing ground for the radar, ultrasonic sensors, cameras and GPS map data on the all-new XTS and ATS. The combination of metal and traffic volume allowed GM engineers to see just how well the safety system on the two cars worked in real life commuting situations. The system needs to be able to detect the difference between stationary objects like guard rails and bridge structure from vehicle traffic.

“Metal structures can confuse some types of radar into detecting a vehicle or obstacle is approaching, causing an unnecessary warning or action from the safety systems,” said Jim Nickolaou, lead engineer for the new safety system. Sensor Fusion on the 2013 Cadillac XTS and ATS is what engineers call the science of discerning the data collected from cameras and sensors in and around the car.

“The camera, sensors and radar technology act as the ‘brain’ behind all the safety features, feeding data 25 times per second into the car’s computer network,” Nickolaou said. “We found that the best way to test the system’s accuracy was to gauge its performance in stressful driving conditions that could confuse it, like those conditions found on the Brooklyn Bridge.”

Cadillac says that nearly 2,000 scenarios were identified to test the sensors and radar during the test on the famed bridge. Variables like weather, lighting, traffic volume, and radar reflections from the bridge were tested for their impact on the new semi-autonomous technology. GM engineers need to anticipate every scenario to see how the safety system reacts to actual objects in the driving environment. They need to know if other things will cause an unnecessary warning or braking action.

The Driver Assist Package offered on the new luxury sedan and compact sport sedan also features Automatic Collision Preparation, Lane Departure Warning, and Front and Rear Automatic Braking. Cadillac is testing the systems to see how well they hold up under the “rigors of daily commuting.”

Interestingly, the GM announcement did not say how the testing went on the New York Brooklyn Bridge. According to General Motors, the new semi-autonomous technology will be available on Cadillac vehicles by mid-decade. Until then, you might see one of these test XTS and ATS Cadillac’s in commuter traffic in your city.