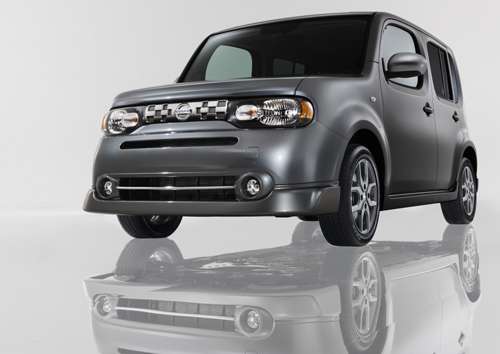 2010 Nissan Cube a Rare Miss for the Carmaker

The 2010 Nissan Cube – by all measures a vehicle that should make sub-compact driving fun and practical. Don’t let the hype fool you. The Nissan Cube is the rare Nissan that does not have much going for it.
Advertisement

It was my first instinct to like the Nissan Cube. Quirky, small vehicles with lots of open space have always been appealing to me. Count me among a small group that was excited to see it when it debuted back in November 2008 as a 2009 model. It seemed like a perfect, hip, urban vehicle that would have lots of street cred.

Then I spent a week with it. As a middle-aged, married father of two you would think I might want to hold onto my youth and embrace the Cube. Well, the first thing stopping me is the affected way Nissan refers to this small station wagon with a lowercase "c." That's just too precious for me and I refuse to call it the “cube.” Call it a semantic dispute but image counts for a lot when driving a quirky vehicle.

Of course, it also dawned on me that while I live a stone's throw from a city, I am a suburbanite. On local streets I might hit speeds of 40 mph. The Cube begins to get noisy at 40 mph – and this was in the top-of-the-line 1.8 SL trim level Cube. It has to be one of the noisiest cars I have driven in a long time at highway speeds. Add to that the seemingly paucity of torque. Step on the accelerator and count it – 1,2,3,4,5,6,7,8.9,10,11, 12 seconds later you're at 60 mph. By no means am I faulting the standard 122-horsepower 1.8-liter DOHC 4-cylinder engine. Small vehicles like the Cube rightly are mated to small engines.

Rather, I think it's a problem with the continuously variable transmission (CVT). It seems to constantly hunt for gears as you beg for just a little more torque. Highway onramps are best thought out in advance because the Cube encourages no automotive spontaneity. Neither does the 127 lb. ft. of torque. Most Americans would disagree but the six-speed manual transmission would be the better choice – as it is for most small cars.

Nissan Cube Daily Annoyances
The Cube was just tough to live with, too. It has a refrigerator-style rear door that opens side to side, which is an inconvenience when loading groceries. It's just simpler to have clear access from both sides. On a positive note, though, I never bumped my head on the door. I did curse at it because I had to unlatch it, step out of the way, and then let it swing open entirely. It's something you may not pick up on in a test drive but it did get annoying after a while. Logically I know I could approach it from the passenger side to open it but it's just instinct to come at the back door from the driver's side.

On the Plus Side of the Car
Lest one think there are only negative things to say about the Cube, there is no arguing with its price. The well-equipped SL trim has an MSRP of $17,130 (plus the $720 destination charge). That's a good price.

Its final cost, though, was $22,330, with delivery, because it included the optional $2550 "ginormous" package that featured 20-color interior accent lighting, illuminated kick plates, a custom grille, chrome front fascia accent, and other touches that added not a whit of appeal to the car. The $230 interior design package also featured a "shag dash topper" that I for the life of me could not perceive its use.

Back to the plus side, the optional rear view monitor has a lot of clarity for its 4.3-inch size. It is incorporated well into the dashboard and functions well as part of the optional premium AM/FM/CD audio system (but the iPod jack is inconveniently located at the bottom of the dash).

OK, if I was looking for a small party vehicle, I'd probably also like the "lounge" theme of the Cube. It has a “lounge sofa” style reclining rear bench seat. The sliding rear seat can be adjusted to three positions – full rearward (providing ample legroom), mid-position (3.9 inches forward) or front position (6.0 inches forward). The rear seat also is positioned higher than the front seats, theater style, enhancing rear passenger comfort and visibility.

When all is said and done, the Cube just isn't an appealing vehicle, though. Nissan makes some great vehicles. Its Altima and Altima Hybrid are two strong examples. The Cube is that rare Nissan that doesn't have much going for it.