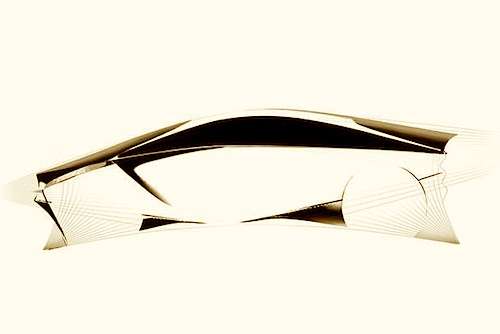 Toyota intrigues with FT-Bh hybrid concept ahead of Geneva Show

Toyota continues its well-traveled road to increasing its offering of segment B hybrids with an intriguing glimpse at its new mini-car hybrid concept, the FT-Bh.
Advertisement

Toyota is certainly the car company that has mass-produced the most and helped bring hybrid adoption to the masses. By ideally pricing its long run Prius hybrid, HEV, this is the car that comes to the mind of many when they think of a hybrid. I had a chance to test drive one of the earlier version and found the new ones had only changed in so much as creature comfort refinement with little technical innovations. In other words, Toyota has changed the Prius platform very little in its over decade long run, tweaking the shape and size mostly.

The FT-Bh Concept. The new FT-Bh concept study is an interesting one and will shake things up a little bit by bringing efficiency to new levels unheard in the industry. Much rides on the shoulders of how the FT-Bh concept will appeal to consumers and if you want to see what the future of hybrid cars look like according to Toyota, than head on over to Geneva for the next auto show on March 6. Can’t go there? Don’t worry, we’ve got you covered here.

The Future Of Hybrids According To Toyota. The FT-Bh is designed to shape what we should expect from the company’s future in the hybrid B segment. If it focuses mostly on further reducing fuel consumptions, it really achieves its greatest result with an announced projection of 50% reduction in CO2 emissions. Usually such numbers are followed with sticker shock but Toyota has always managed to offer hybrids at an affordable price and within an economically viable framework for the company. By using more conventional manufacturing, it stands to introduce any derivatives in an affordable way. And as to what does exactly FT-Bh mean, anyway? Toyota’s cryptic FT-Bh stands for Future Toyota B-segment hybrid.

Technically Speaking. While little is known yet on the complete architecture of the car, so far Toyota announced it will be a five-door subcompact and it stands to reason that it should accommodate five seats. The most intriguing part is that the company claims its curb weight would ring in at less than 1760 pounds without resorting to the use of exotic materials and expensive manufacturing techniques. What we can read between the lines is that there will most likely there will no carbon fiber and limited use of aluminum. As for the powertrain, if the latest European hybrids Toyota released are anything to judge from then the FT-Bh should be yet another downsized version of the standard gas/electric hybrid drivetrain as used in the European Yaris.

Aesthetically Speaking. This is where Toyota should impress us here. If the company is not generally known for its aesthetic designs and prowess, it seems so far from the teasers that this new hybrid will have futuristic curves and shapes. If the earlier silhouette teasers show the overall Prius general shape, there are hints that suspiciously look familiar to the Nissan Leaf’s headlight as well as the back hints to a Honda’s Fit type of shape.

Where Does It Stand? It will be interesting to see how Toyota presents this hybrid and where it places it in its portfolio. It looks bigger than a Yaris and closer to its iQ, at least in terms of size. Depending on how close to the concept the final version of the FT-Bh is, if it gets built at all, this mini car could kick up the competition by using simple production methods that would make it a highly affordable car. Chances are, we won’t see it produced, at least not the way it will be shown. Most likely, Toyota will use some of the technology in it and have it trickle down its manufacturing line to other regular car. It’s a shame since the company stands to make a splash with this concept from what we can see so far.

Clearly Toyota aims high with this hybrid and wants to show that the FT-Bh tackles what we care most about in an advanced design vehicle; low weight, aerodynamic performance, powertrain efficiency, thermal energy management and electricity saving.

LG's New EV Battery Plant Is a Welcome News for Tesla
Tesla Giga Berlin's New Hurdle: It's Not Only the Gov't, but Now Tesla Itself
END_OF_DOCUMENT_TOKEN_TO_BE_REPLACED