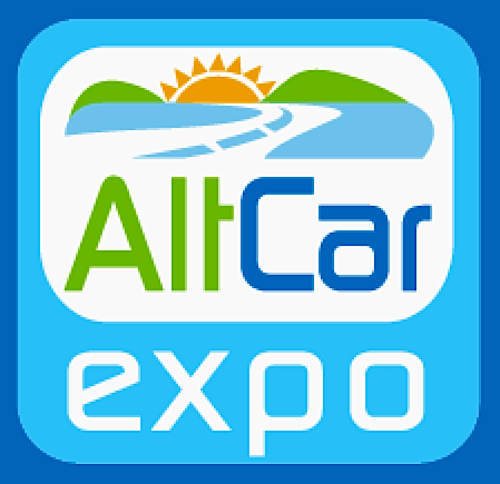 AltCar Expo is once again on this weekend in Santa Monica, California. Find out what to expect from this year’s event.
Advertisement

AltCar Expo is one of the greatest alternative energy vehicle event, period. This is your chance to get hands on experience with vehicles that will roll out into production a few years from now and test drive prototypes from local entrepreneurs.

AltCar Expo. The idea is simple. How do you get people as up and close as possible to car makers and local green entrepreneurs in such a way they get to see, feel and test drive tomorrow’s vehicles? The answer is simple, you go to an AltCar Expo. If car shows and auto shows got you weary then AltCar Expo is surely the event to lighten up your day and rekindle the fun. If you happen to be in the Los Angeles vicinity this weekend, head on out to Santa Monica to see what will hit our streets tomorrow.

AltCar Panels. You shouldn’t miss the panels where many industry leaders and alternative fuel experts will be giving you a glimpse of things to come and the current state of technology. This year looks like another last ditch heated debate of whether or not hydrogen can catch up to battery powered vehicles.

AltCar Test Drives. Want to know how a Nissan Leaf feels, or how the next Honda Accord Plug-In Hybrid, PHEV drives like? You will be able to do short drives and a get a sense of what these cars can do.

The cars to watch out for are the AAA Mobile Electric Charging Vehicle, BMW will show its ActiveE, of course you will see the Chevy Volt, as well as a few Fords, the 2013 Ford C-MAX Hybrid SE, the Escape Hybrid and the Fusion Hybrid. Honda will show its Fit EV and Kia its Optima Hybrid, while Mitsubishi will show its i. The Smart Fortwo Electric will be there, as well as the Toyota Prius Plug-In Hybrids and regular Prius, Toyota RAV4 EV.

On the startup front, CODA will show its first electric car which we covered here; CODA Officially Removes The Range Anxiety. You will also see cars and prototype you might not have heard of, such as the Epic Electric Vehicles, as well as the fleet bound FireFly and the IZIP electric bicycle from the IZIP Store Electric Bikes, VIA Motors will show its plug-in hybrid, PHEV eREV VIA VTrux, and you will see again the Wheego LiFe.

If you’ve ever wondered what the big deal was with electric trucks one look at the ZeroTruck and MX30 Class 8 Electric Tractor might convince you there is a future for those two extremes.

It might be good to note that some of these vehicles are up to their fourth year of iteration and have shown incredible progress. AltCar Expo is a great event where you can not only get up close to vehicles but also drive them as well as talk to some of its engineers.