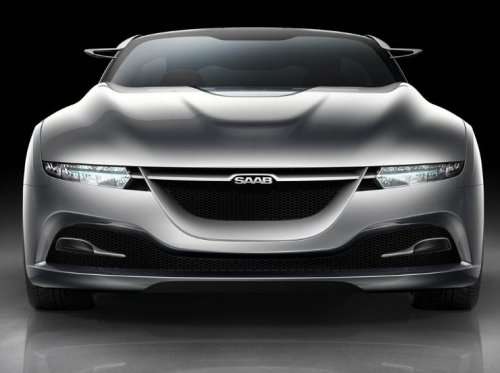 Saab lovers around the world got their wish earlier this month when the firm National Electric Vehicle Sweden (NEVS) purchased the Saab automobile brand but one aspect that the new owners seemed to overlook when making the bargain basement purchase deal for Saab was the legal rights behind using the Saab name and logo.
Advertisement

National Electric Vehicle Sweden (NEVS), the Swedish-based electric vehicle company is owned by a Chinese-Japanese investment group, purchased the Saab auto brand from the Swedish government early this month, saving the automaker from a quick death via court ordered bankruptcy. NEVS purchased the assets of the Saab automobile brand including the Trollhattan production facility and the contents inside along with the rights to carry on with the Saab brand. Unfortunately, two things that were not included in the purchase was the legal right to use the Saab name and the griffin logo used on Saab brand passenger vehicles around the world.

You might be asking yourself, how did NEVS purchase the Saab brand without the name and logo? The details of the whole situation go back to 1990.

In 1990, General Motors purchased 50% of the passenger car division of Saab (they purchased the rest in 2000) but they did not purchase the other divisions under the Saab corporate umbrella which included defense company Saab AB and corporate/military truck maker Scania. Obviously, the Saab AB defense branch still uses the Saab name while Scania uses the griffin logo found in the Saab autos emblem. When GM got involved, it didn’t matter to those other two branches of the Saab brand as the company was still doing business as always – just with a new set of bosses – but now that the Saab automotive brand might be going a different direction, Saab AB and Scania don’t seem to keen on just letting NEVS begin using their name and logo without some discussion.

According to Automotive News, there is some light at the end of the tunnel for NEVS as they are currently in discussion with both Scania and Saab AB to come to some agreement so that the new electric car company can use the recognized automaker name. In the past, when the Saab name and logo changed hands, the other two branches had some say (or at least some involvement) in the purchase agreement but in this case – Scania and Saab AB had no say over the government administered bankruptcy and buyout.

NEVS hopes that this issue will be resolved as quickly as possible so that the Chinese and Japanese owned electric car company can get down to the business of putting together their first production vehicle.

NEVS plans to build an all-electric sedan based on the Saab 9-3 in late 2013 as a 2014 model year vehicle but that could be tough without the ability to use the Saab name and logo. Even though the company fell apart in the past two years, there is still some positive brand recognition in various markets around the world and having that brand recognition could help NEVS crack into the mainstream auto industry (in markets like the USA). However, it will be a much tougher road for NEVS and their new electric 9-3 if they aren’t allowed to use the Saab name and the griffin logo. Clearly, the name is far more important than the logo but it would make things much easier for NEVS if the electric 9-3 that they unveil next year looks a great deal like the “old Saab” sedans.